Jovi? scored 27 goals in all competitions for Eintracht Frankfurt last season and completed a summer transfer to Real soon afterwards, but the 21-year-old has so far struggled for regular playing time with Los Blancos. 90min has learned that United are interested in Jovi? and are one of several clubs alongside Borussia Dortmund and Inter to have already asked Real about the player’s situation.

The 20-time English champions had already expressed interest in Jovi? with a view to potentially signing him ahead of his €60m switch to Spain, but the player ultimately opted to join Real and agreed to a six-year contract at the Bernabeu.

But with established veteran Karim Benzema still favoured as Real’s primary striker, Jovi? has only started three games since his arrival. He also had to wait until the end of October to finally score his first goal for his new club, such has been the inconsistency of his opportunities.

As things stand, 90min understands that Real have informed suitors that they don’t have any intention of moving on from Jovi? just yet. However, that could change. 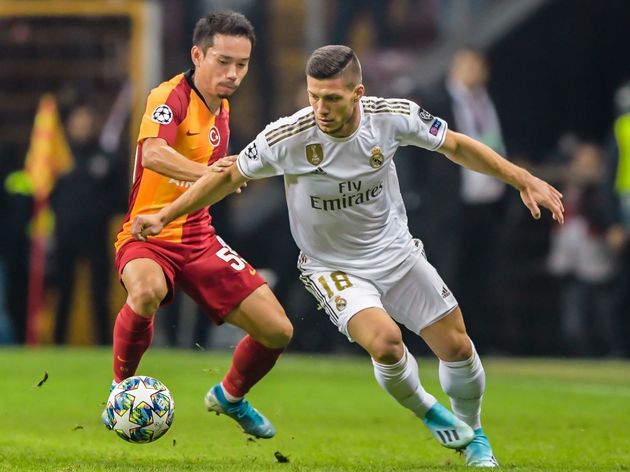 Real are increasingly believed to be targeting 20-year-old Paris Saint-Germain sensation Kylian Mbappé. If that happens, there is every chance that Jovi? could quickly become surplus to requirements in the Spanish capital. If that is the case, United may be able to pounce.

Jovi? remains an incredibly talented player with plenty of long-term potential, matching with the new look transfer policy at Old Trafford that has sought to move away from the type of short-term approach that had previously characterised the club’s recruitment in recent years.

90min reported earlier this season that United are also monitoring Norwegian striker Erling Haaland, alongside two of his international colleagues – Celtic defender Kristoffer Ajer and Genk midfielder Sander Berge. All three, much like Jovi?, are aged 21 or younger. The club has been criticised in recent months for not replacing Romelu Lukaku or Alexis Sanchez, both of whom joined Inter during the summer transfer window. It was a choice that left Anthony Martial and Marcus Rashford as the two senior forwards in the squad.