Eden Hazard has praised Real Madrid teammate Karim Benzema, hailing him as currently the best striker in the world, while also commenting on the Frenchman’s issues with the 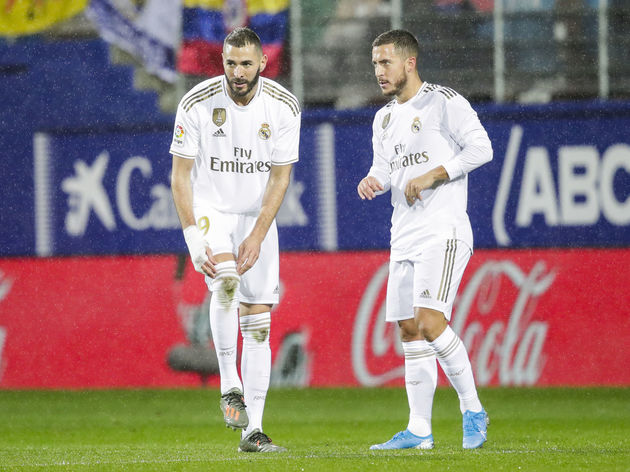 Regarding ?Benzema’s current situation with the FFF, Hazard added: ?Barça lead ?Real on goal difference, with the two teams sitting on 25 points apiece with Los Blancos having a game in hand, while Atletico Madrid and Sevilla both have 24. Real Sociedad are in fifth with 23 points.