?Over the years, we have seen countless superstars fail to hold down a place in Spain’s squad as a result of the ludicrous competition in their ranks. So, when a player does cement their place as a starter, it speaks volumes of their talent.

Some of the greatest footballers in the history of the game have hailed from Spain, whilst La Roja have been one of the most dominant sides in recent memory. Unsurprisingly, they have had some incredible players over the years.

Here are the ten most capped players in Spain’s history. Fernando Torres was one of the most prolific forwards in the history of Spanish youth football, which earned him a debut call-up to the senior side in September 2003.? Spain have always been known for their majestic passers, and Xabi Alonso certainly played his part in establishing that reputation.

After making his debut in April 2003, the midfield maestro racked up a huge 114 caps for La Roja, and he was yet another core part of the Spain side that took control over both Europe and the wider world. Can you see why they were so successful?

His final appearance came at the 2014 World Cup, before Alonso retired from international duty later that summer. He spent three more years with ?Bayern Munich, before hanging his boots up altogether in 2017. After Spain won Euro 2008, they began looking for a young defensive midfielder to replace veteran Marcos Senna, and they ended up committing to Sergio Busquets. Good call.

The Barcelona man made his debut in April 2009 and needed just three appearances to establish himself as a starter. He has gone on to make 115 appearances to date, but will certainly expect to add to that tally as the years go on.

To date, Busquets has won the 2010 World Cup and Euro 2012, and there is still time for the 31-year-old to add to his impressive trophy cabinet. 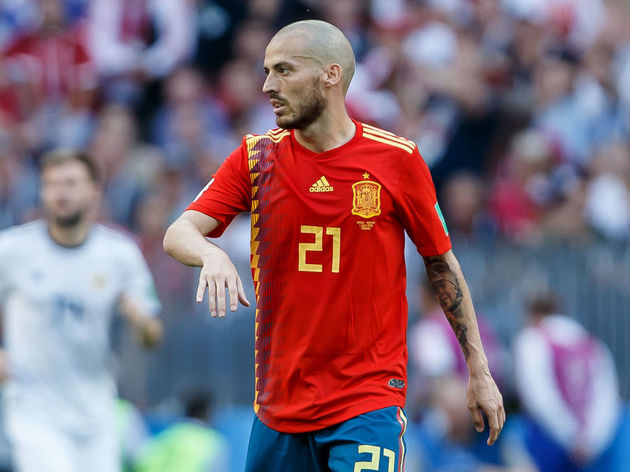 Another example of the phenomenal quality of Spain’s midfielders, ?David Silva enjoyed a stellar international career.

His debut came against Romania in 2006, which was the first of his huge haul of 125 caps. He also lifted two European Championships and one World Cup, before retiring from international duty in 2018.

Silva still plays a starring role for ?Manchester City at club level, but he has already confirmed his intention to leave the Etihad Stadium at the end of the season. The only player on this list to not be part of Spain’s recent golden generation, goalkeeper The epitome of Spanish football, Andrés Iniesta deserves his place as one of football’s all-time greats.

A versatile midfielder in his youth, Iniesta often featured on the wing after making his international debut in 2006, but he soon made the centre-midfield role his own. He racked up a huge 131 appearances for his country, before bringing the curtain down on his international career in 2018.

His metronomic genius was vital to Spain’s three major trophy victories between 2008 and 2012, and he was pretty decent for Barcelona as well. Alongside Iniesta, Xavi was part of perhaps the greatest central midfield duo which has ever been seen at both club and international level.

The older of the two, Xavi’s senior debut for Spain actually came in a friendly in 2000, but he was in-and-out of the squad until around 2004. He went on to accumulate 133 appearances for La Roja, also getting his hands on the trophies between 2008 and 2012.

He called time on his international career in 2014, before hanging his boots up completely in May 2019. Undoubtedly one of the greatest goalkeepers in history, Iker Casillas’ international career actually got off to a pretty bizarre start.

After making his debut in 2000, the former ?Real Madrid star was predominantly a backup to ? Now the out-and-out holder of the record, ?Sergio Ramos moved ahead of his former Real teammate by ?starting in the recent 1-1 draw win Norway.

He was handed his debut in 2005 and became Spain’s first-choice right back in early 2006. He went on to play a vital part in the squad’s glory days and in 2019 he remains one of the finest defenders around.

Ramos’ tally will likely continue to grow as the years pass, meaning his record may be incredibly tough to break.?