Sergio Ramos is number 4 in 90min’s Top 20 Greatest Footballers of the Decade series. Follow the rest of the series over the course of the next week.

During the introduction of his much-anticipated Amazon Prime docu-series El Corazón de Sergio Ramos, a voiceover from the Real Madrid and Spain captain tells viewers that his public image doesn’t always reflect who he is and that he has never opened the doors to his private life before.

The series then proceeds to attempt to give a glimpse (albeit a highly manufactured and airbrushed glimpse) behind the scenes at home with one of the world’s most recognisable, admired and notorious sporting personalities of the last decade.

After a spot of breakfast and face-painting session with the family at home, Ramos – wearing a black zipped-up-to-the-Adam’s apple tracksuit top with white spots under a grey blazer – speaks to camera, starting the sentence ‘the public know me as…’ before breaking off with a sheepish laugh, ‘pues, no lo se’ (well, I don’t know).

I think he does know. He knows very well how he is perceived.

The public image that Ramos has created – run, jump, headered, tackled, fouled, Panenka’d, sh*thoused, tattooed and teeth-whitened and sh*thoused some more over many years – is one the world of football and beyond can’t get enough of.

The Sevilla-born star is the most sent-off player in both ?La Liga and ?Champions League history but has also scored more career goals than Andres Iniesta. 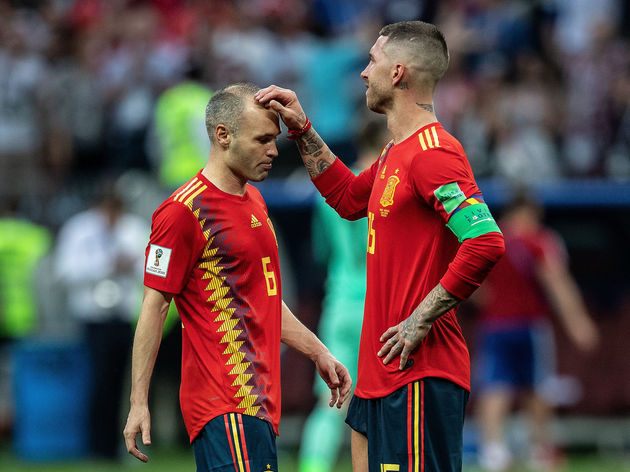 Ramos began the decade by becoming a World champion with Spain in the Vuvuzela-soundtracked World Cup in South Africa, topping Castrol’s Performance Index for the tournament, as La Roja overcame the Netherlands in the final – in the type of war of attrition that would define the defender’s career.

Nominated as one of 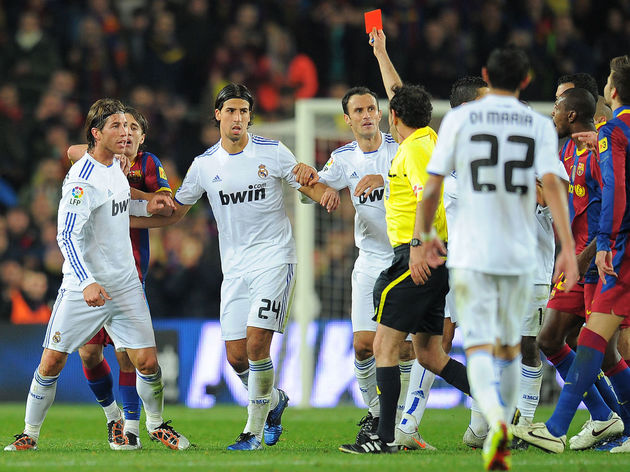 “You always remember the pain and the negativity after something like that. It was more in honour of my mother and my sister, who are the two that always suffer most: they deserved an eternal moment to cherish from my career, and I think that was one.” 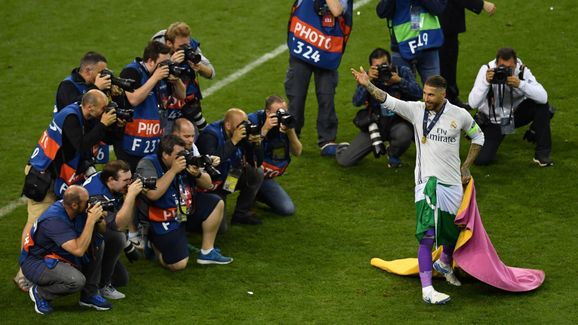 In Kiev against Liverpool in 2018, as he collected his fourth Champions League crown, Ramos’ coronation both as one of the all-time greatest players and biggest sh*thouses was confirmed as he tussled Mohamed Salah to the ground – injuring the Egyptian’s shoulder (an action that launched a million memes), before later apparently concussing goalkeeper Loris Karius in the 3-1 win.

His bullish and defiant responses to any suggestion of wrongdoing after the game kept the press and fans wide-eyed and entertained. Ramos’ former teammates like Fernando Hierro and Pepe had developed reputations as masters of the dark arts but Ramos was on another level. He was not prepared to back down, or play nice off the pitch, ?well aware of how to use his sarcy wit in the press to dictate the headlines.

More than all that, he has been despised because he is just so bloody brilliant.

Since the turn of the decade, Ramos has won two La Liga titles, four Champions Leagues, four World Club Cups, the Copa del Rey twice (dropping one off a bus), the Euros and the World Cup.

For all his flaws and controversy, he will enter 2020 still at the pinnacle at football, named in ?FIFPro’s World Team of the Year – somewhat questionably mind you, but still there.

The hair has changed, the teeth whitened, the beard styled and the tattoos added but Ramos is s

At the beginning of episode one in El Corazón de Sergio Ramos,

Number 15 – Zlatan Ibrahimovic: The Man Who Needs No Introduction

Number 14 – Toni Kroos: The Underrated Jahrhunderttalent Who Was There for the Biggest Occasions

Number 13 – Giorgio Chiellini: The Juventus Who Has Always Found a Way to Win

Number 8 – Dani Alves: The Maverick Who’s Just Too Good to Be Copied

Number 7 – Franck Ribery: The Serial Entertainer Who Was Born to Win

Number 6 – Luis Suarez: The Uruguayan Heel Who Never Bit Off More Than He Could Chew