side are unbeaten so far in the current campaign, having drawn 0-0 with rivals Atlético Madrid in El Derbi Madrileño last time out, but they did falter in midweek after limping to a 2-2 draw with Club Brugge in the Champions League.

Granada beat Barcelona 2-0 a couple of weeks ago, and currently sit second in the table behind the Galacticos on 14 points. Real, however, can extend their lead at the top with a win on Saturday.

Spain internationals Nacho and Marco Asensio are both sidelined for the home side with knee ligament injuries, while Ferland Mendy is again ruled out with a groin problem.

Nacho will be out for the remainder of the year after sustaining an MCL injury against Brugge, while Asensio is out for the season after tearing his anterior cruciate ligament against Arsenal in pre-season. 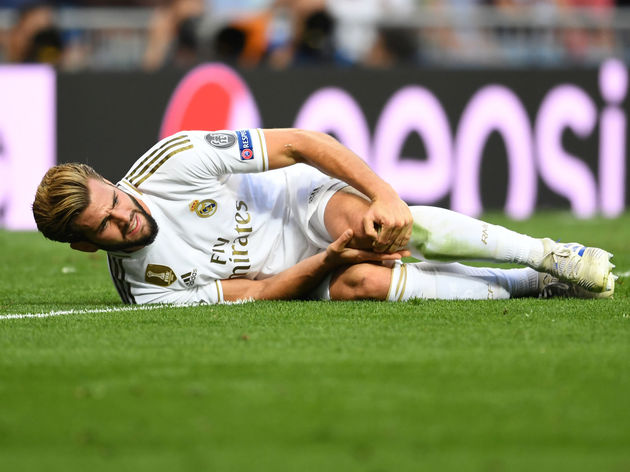 The last time Madrid faced the

Real have been in decent domestic form so far this season, remaining unbeaten in La Liga, despite wobbling on the European stage.

They are unbeaten in their opening seven league games – winning four and drawing three – and come into the game after earning a valuable point against neighbourhood rivals Atletico Madrid at the Wanda Metropolitano.

Karim Benzema is the man in-form up top after scoring five goals so far. Eden Hazard, meanwhile, is still looking to find his feet after admitting he’s not yet reached the standard of a ‘Galactico’ signing. Granada have been superb since earning promotion from the Segunda División. Manager Diego Martinez has earned plenty of plaudits for overseeing a start that has led to an unexpected seat at the top of the table.

With four wins, two draws and a solitary loss, Granada sit second – and in Roberto Soldado, they have a 34-year-old striker who will look to roll back the years against his former club.

Here’s how each team has performed in their last five games:

Granada will come to the Bernabeú looking to take all three points, having scored nine of their 13 goals away from home in victories against Villarreal, Espanyol and Celta Vigo.

Plus, as the table shows, they are not in La Liga to make up the numbers, so will make it difficult for Real.