What a strange start to the season it has been for Real Madrid. Zinedine Zidane has once again found himself under huge pressure at the Bernabeu, with this sense of crisis only growing as Real Madrid slumped to a 1-0 defeat at RCD Mallorca on Saturday.

That result, together with Barcelona’s 3-0 victory against Eibar, saw Madrid fall behind their rivals, ending the weekend in second place. That is despite it being their foes’ worst start to a season in 25 years.

Champions League fortunes have been even worse for Real Madrid. They sit rock bottom of their group (on goal difference) behind Paris Saint-Germain, Club Brugge and Tuesday night’s opponents Galatasaray. Their last European outing saw them scrape a 2-2 draw against Brugge, coming from behind and equalising late on. Ahead of Tuesday’s trip to Turkey, Madrid will be without three influential figures with Gareth Bale, Luka Modric and Lucas Vazquez all unavailable. However, Eden Hazard, Dani Carvajal and Toni Kroos will all return having missed out against Mallorca at the weekend.

A victory could see Los Blancos move up to second place in Group A and put pressure on ?PSG, who currently sit on top.

Here is how? Real Madrid could line up against ?Galatasaray: 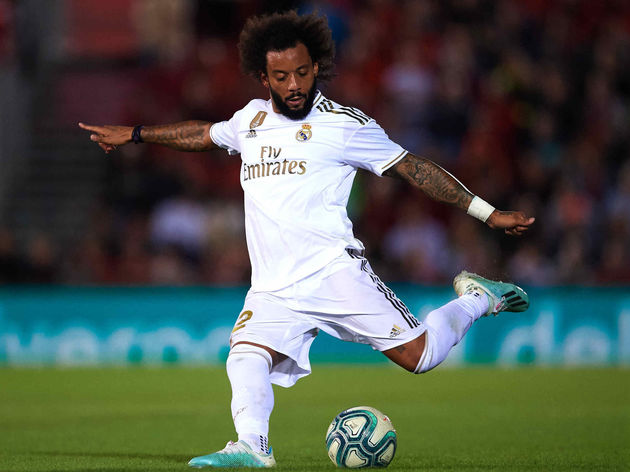 Alphonse Areola (GK) – While ?Thibaut Courtois remains Madrid’s number one keeper, his dismal run of form has seen his position between the sticks come into jeopardy. Areola, who arrived in the summer, is surely worthy of a starting place, at least for the short term.

Dani Carvajal (RB) – Despite having not played against Mallorca on Saturday, Carvajal’s stock managed to rise as his replacement Alvaro Odriozola was sent off. Carvajal’s return to right-back will undoubtedly improve Madrid’s leaky defence.

Sergio Ramos (CB) – One of the few players in the Madrid lineup who can’t be dropped has to be club captain ?Ramos. His experience and wisdom will be essential for Madrid who face a difficult trip to a hostile stadium.

Raphael Varane (CB) – The Frenchman found himself on the bench against Mallorca, but his replacement Eder Militao hardly covered himself in glory with a shaky performance. While ?Varane has failed to match his own high standards so far this season, he is definitely in line to return to Zidane’s starting eleven.

Marcelo (LB) – ?Marcelo has missed both of Madrid’s ?Champions League fixtures through injury, but his return to fitness all but guarantees his place in the starting eleven, with Ferland Mendy failing to make an impression so far for Real Madrid. 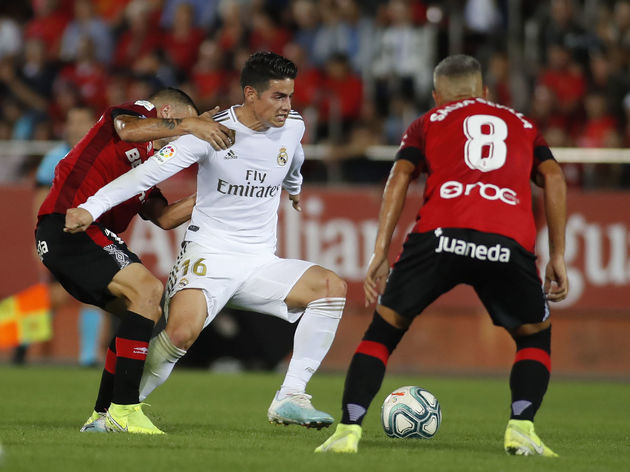 Casemiro (CDM) – The Brazilian has staked his claim as one of the world’s finest defensive-midfielders and his screening of the back four makes him one of Madrid’s most vital assets in any game they play.

James Rodriguez (CM) – Undoubtedly Madrid’s best player in their lacklustre defeat to Mallorca, ?James Rodriguez has worked hard to fight his way back in to Zidane’s team after two years out on loan. His creativity and attacking intelligence may just be Madrid’s most threatening weapon.

Federico Valverde (CM) – ?The 21-year-old Uruguayan has offered ?Real Madrid great composure for such a young individual. With Toni Kroos still a doubt, despite being included in Tuesday’s travelling squad, Valverde has a fantastic opportunity to get more minutes under his belt. ?Isco (RW) – With injuries in wide positions, Isco has been somewhat forced to play out of position at times this season. Whilst being more suited to a central role, ?Isco has been used in wider positions, with varying degrees of success. However, a lack of options may give? Zidane no choice but to feature Isco in Madrid’s front three.

Karim Benzema (ST) – ?Benzema has been the only consistent source of goals for Madrid this season with six in total. The French forward has been in fine form and will be looking to add to his tally against Galatasaray.

Eden Hazard (LW) – Having grabbed his first competitive Madrid goal against Granada prior to the international break, ?Hazard was rested against Mallorca. The Belgian has not had the easiest of transitions in Spain, but his performances are already improving for Los Blancos and an upturn in form could be of great benefit to Madrid.