Real Madrid have offered an injury update on midfielder Luka Modric, revealing the Croatia international is struggling with a contusion to his right quadriceps.

Modric limped off during Croatia’s Euro 2020 qualifier with Wales on Sunday but downplayed the severity of the knock immediately after the game.

However, the former Tottenham star is now likely to miss Los Blancos’ game at Mallorca on Saturday, while ?MARCA claim he could also potentially be absent from the Champions League clash with Galatasaray and El Clasico.

Real Madrid’s ?statement reads: “Following the tests carried out today on our player Luka Modric by the Real Madrid medical department, he has been diagnosed with a contusion to his right quadriceps. His recovery will continue to be assessed.”

The 34-year-old has struggled with injuries so far this season, featuring in four La Liga games, starting just one of those.

?Modric also returned from the previous international break with an injury, missing four games after picking up a problem against Azerbaijan.

This latest injury poses another problem for ?Real manager Zinedine Zidane to solve. The former France midfielder has ?Toni Kroos currently sidelined with a tear in his abductor muscle in his left foot, while both Casemiro and Federico Valverde are expected to return late from international duty. Neither will have much time to settle back into their routines before Saturday’s game. 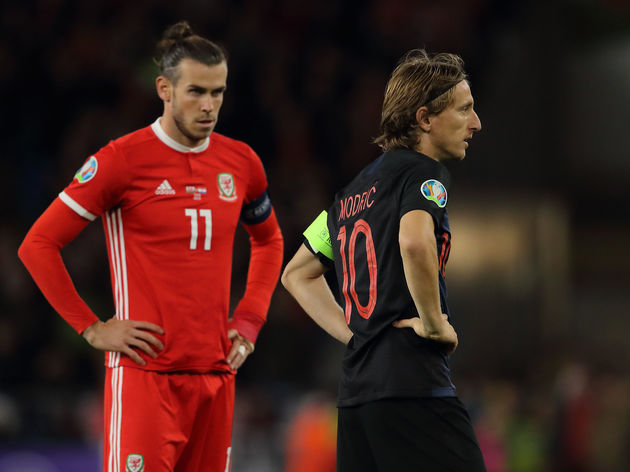 Zidane is also without Marco Asensio, who is out until 2020 with a cruciate ligament rupture, while Nacho has a medial collateral ligament injury. Left back Ferland Mendy is still struggling with a muscle problem and isn’t expected to play any part at the weekend.