?The nation of Brazil is synonymous with football.

They live and breathe the beautiful game, from kids bundled-up socks on the street to superstars donning the famous yellow and blue of the S When he was still just a fresh-faced teenager, Neymar earned his first Brazil call-up, kick-starting a rollercoaster ride with the S Despite hitting the 100-cap mark, Robinho’s time in yellow and blue was somewhat underwhelming, the winger’s performances rarely matching his potential.

Nevertheless, he can call himself a continental conqueror, having won the Copa America in 2007, as well as a pair of FIFA Confederations Cup trophies.

That elusive World Cup triumph will haunt Robinho, however. He was scapegoated for much of Brazil’s ineptitude in South Africa nearly a decade ago, yet the forward continued to represent his nation until 2017, when he was sentenced after being found guilty of rape. 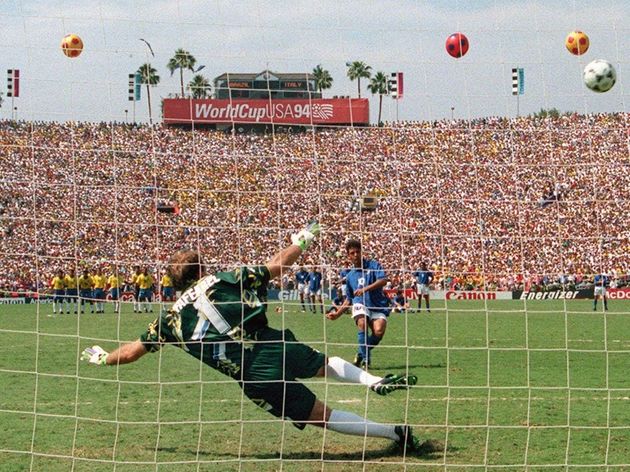 Claudio Taffarel’s superb abilities between the sticks helped him become goalkeeping coach for both Brazil and Galatasaray once he decided to hang up his gloves.

When fans the world over marvelled at the silky skills of the n the late 20th century, 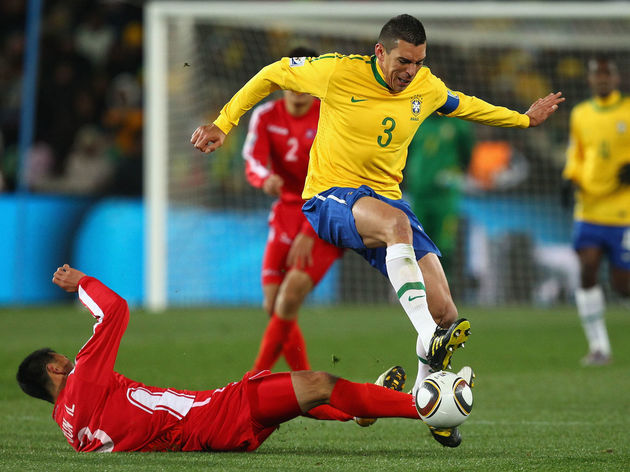 What a horrifyingly-good centre-back Lucio was. Back in his heyday, rampaging runs up-field were commonplace for the colossus.

With a towering, rock-solid defender like him in the heart of their backline, it’s no surprise the South Americans were crowned champions of the world in 2002.

A player like Lucio only comes once every generation – if you were fortunate to watch him at the peak of his powers, you’ll know just how influential the big man was. No player in the history of the game has been as successful as Dani Alves. 40 different trophies have been collected across a stupendous 17-year career that refuses to end.

The epitome of an attacking full-back, Alves’ turbo-charged feet and bottomless engine saw him dominate, wherever he lay his hat.

But, yet again, there is a glaring omission from the defender’s trophy cabinet. He – like countless compatriots – blossomed too late to play a part in the days when Brazil were at the top of the sport. 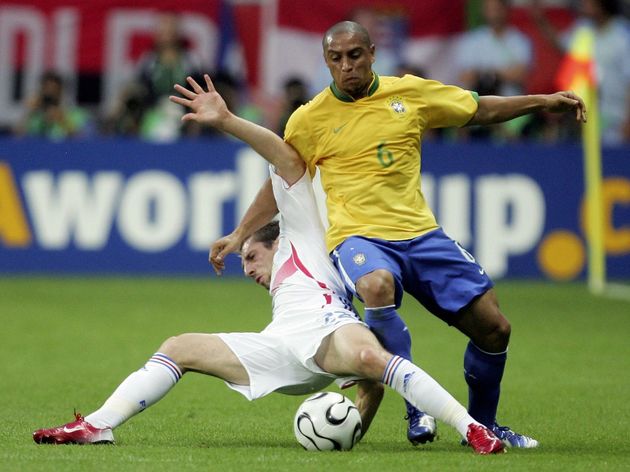 There’s a reason why the ?Real Madrid icon has such a magnificent legacy and reputation among supporters and players, alike. Carlos reinvented what it meant to be a full-back, scoring screamers at will as he bombed forward for club and country.

With quads of the gods, the centurion was capable of ripping the net in half, yet he was about so much more than raw power. Delicious ball-control, pin-point crossing and positional awareness made him an unstoppable force of nature. Cafu’s defensive skills were freakish. The right-back’s consistency was stunning. His leadership qualities could motivate any man.

19 fabulous years as a professional footballer yielded numerous honours for the skipper, who was arguably the greatest ever player in his position.

Of course, a man like Cafu was more than capable of performing other roles, occasionally appearing as a winger or central-defender. There truly was nothing that the double World Cup champion couldn’t do.