?Manchester United are eyeing a shock swoop for Real Madrid midfielder Toni Kroos – in a deal which could see talisman Paul Pogba head to the Spanish capital.

Kroos, 29, has been wanted by the Red Devils for a while now, with former boss David Moyes coming close to landing the German in 2013. However the Scotsman inevitably did not get his man, and Kroos moved to the Bernabéu a year later for £20m. According to German sports outlet ?Bild, United have rekindled their interest in Kroos, and are supposedly willing to pay up to £66.9m for the 2014 World Cup winner.

Spanish giants Real Madrid are known to be long-term admirers of 26-year-old Pogba, and would want the Frenchman in exchange for any deal involving Kroos.

It remains to be seen whether Kroos would be eager to join the 20-time league champions, as the English club can no longer offer Champions League football after finishing sixth in the 2018/19 campaign.

When asked about the possibility of Pogba joining the 13-time European Cup winners, Kroos told reporters: “

“I will continue doing what I’ve done all these years, fighting for my place, playing well, and when I’m at a good level I think I have no problems.” 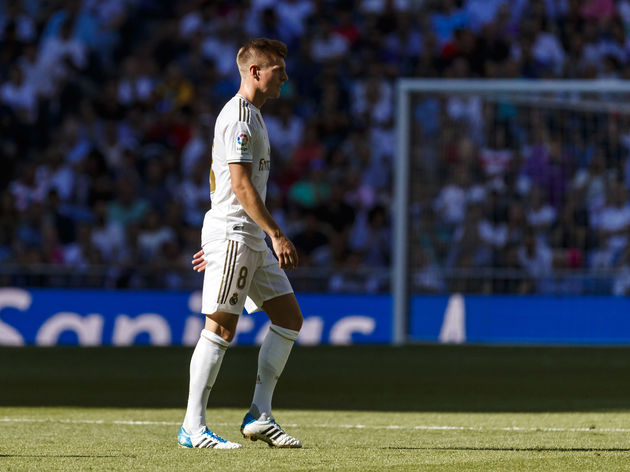 Kroos suffered with Real Madrid and Germany last year. The former World Cup champions were knocked out by South Korea during the 2018 World Cup group stages, whilst Real Madrid were unable to get past the last 16 of the Champions League after suffering a humiliating 4-1 defeat at home to eventual semi-finalists Ajax. To rub salt into wound, Real Madrid finished third in the league after a dismal campaign.

To complicate matters, Kroos signed a contract extension in May 2019, keeping the German Footballer of the Year in Madrid for another four years.