?Real Madrid have made a stuttering start to their Champions League campaign, picking up just one point from their opening two games, but their league form has been far less of a concern.

They enter this weekend top of La Liga by two points, having gone unbeaten through their first eight games of the season. Lying in wait for them on Saturday are Mallorca, who currently occupy a spot in the bottom three, but did win their final game before the international break against Espanyol.

Here is 90min’s preview ahead of the clash. 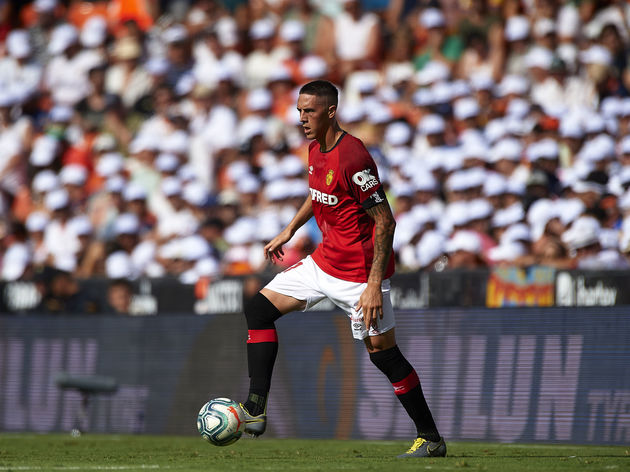 Mallorca have been handed an injury boost this week with the news that centre back Antonio Raillo looks set to return for this game. He has missed three of Mallorca’s last four matches, and suffered a fresh hamstring problem before the international break, but should be able to feature here.

However, there is not such good news for fellow defenders Aleksandar Sedlar and Baba Rahman. Sedlar is set to be out until November, whilst Rahman, who is on loan from Chelsea, remains a major doubt with a knee issue. Zinedine Zidane will be worried about his options higher up the pitch though, with midfield trio Luka Modric, Toni KroosGareth Bale Unsurprisingly, it is Madrid who hold the upper hand in this fixture over the years. Los Blancos have won 13 of the 19 games that the sides have played, with Mallorca only getting the better of the Spanish giants on four occasions.

With Mallorca having been down in the second tier in recent times, this will be the first meeting between the two clubs since March 2013. Madrid won that game 5-2, whilst they also came out on top 5-0 in the reverse fixture earlier in the season. Gonzalo Higuain scored a brace in both of those games as ?Madrid ran out resounding winners. Having only been promoted back to the top-flight earlier this year it was expected that Mallorca would have their difficulties this season. That has turned out to be the case, with the team winning just two of their opening eight games, meaning that they are one point adrift of safety coming into this weekend.

They have netted just six goals in those games, which will be a worry for manager Vicente Moreno. If they fail to become more clinical in front of goal, they will struggle to extend their stay back in La Liga beyond this season.

On the other hand, Madrid enter this game in impressive league form. After drawing two of their first three matches, they have won four of the following five to take the early edge in the title race.

Here is a rundown of how both sides have fared in their last five fixtures. Madrid’s injury problems in midfield mean that this game may be a little trickier than it initially looks on paper.

Zidane’s side have also thrown in some poor performances this season, although they have saved most of those for the Champions League. They should still have enough to see off Mallorca ahead of an important week when they return to European action and face their great rivals Barcelona