Former Real Madrid star Luis Figo has revealed why the torrent of abuse that he received during the infamous 2002 El Clasico, was welcomed by one of his sponsors.

The game was the first meeting between Real and Figo’s former side Barcelona since the winger made the controversial move between the two bitter rivals for a world record fee of €62m.

Because of this, the Portuguese international received a frosty reception by fans in Catalonia and was pelted with a variety of missiles each time he went to take a corner at the Camp Nou. Although this may have been an intimidating experience, Figo has said that the abuse inadvertently increased his popularity with one of his then-sponsors.

“I was in charge of taking the corners and I was focused because I wanted to do my job in the most professional way possible,” Figo said in an interview with ?Marca.

“But there came a time when I couldn’t because the amount of objects heading my way were such that I couldn’t describe. 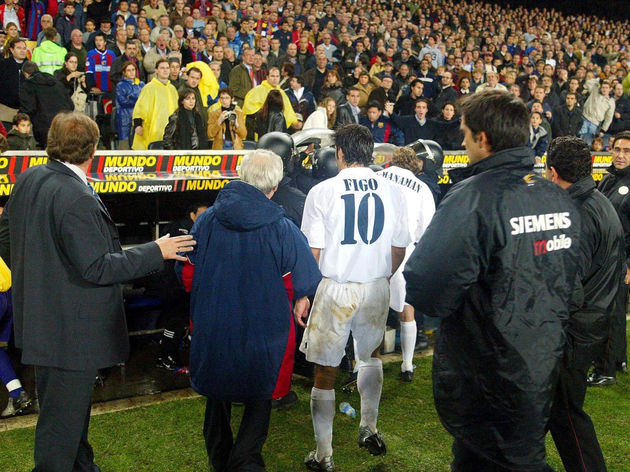 “All I remember is that it favoured me because, at that time, Coca-Cola sponsored me and I saw a bottle on the grass and picked it up as if I was shooting an ad.”

The game eventually ended in a 0-0 draw and Figo recalled that he was not aware of the extent of the missiles that were thrown at him until the day after the game.

“The next day I had the opportunity to see in the newspapers that whiskey bottles and pigs heads’ were thrown. There was a bit of everything,” the 46-year-old said in the same Marca interview.