The sanctions for a number of discrepancies at Real Madrid have been revealed, with fines of up to €3,000 dolled out for infractions.

This list of internal sanctions was revealed in a report by Spanish publication Deportes Cuatro, with Los Blancos players apparently subject to €250 fines for being five minutes late to training, misusing phones – which includes not having it on silent in the dressing room – and coming out overweight in the weekly weigh-ins.

Overweight at the weekly weigh-in? €250 fine for the first offence ?

These are just some of the strict rules that Real Madrid players face according to @DeportesCuatro.#LLL
????? pic.twitter.com/yrCRX4C49G

It is understood players must arrive 45 minutes before the start of training, and that fines get exponentially higher as the time increases. If they’re 15 minutes late, the player would be fined €500, and anything more than that could set them back €1000.

These also apply to being late for commercial activities that involve the club.

The highest charge comes for missing training altogether, with a whopping €3000 the prescribed punishment for such a breach.

It is also worth pointing out that repeat offenders can expect increased fines with every transgression. For example, a €250 fine could be issued for the first time a Blancos player comes in overweight or misuses their phone. These will increase in line with the others to €500 and €1000 with each infringement. 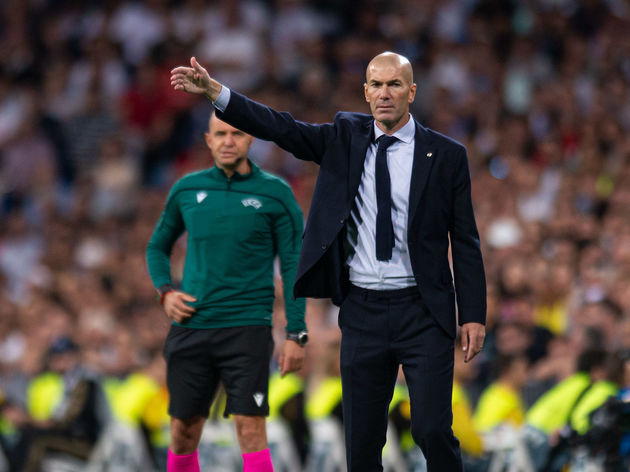 And they are not free from the clutches of financial punishment on their days off either, with similar sanctions handed out for leaving the city of Madrid without informing the club or engaging in a commercial venture or interview without notifying them.

Zinedine Zidane’s side currently sit at the top of La Liga ahead of the welcoming of Granada to the Santiago Bernabeu this Saturday, though their well-documented struggles in the Champions League mean the Frenchman’s position in the dugout is still under threat.