?With the U-17 World Cup slowly approaching, it’s time to get excited about some future stars who are set to put on a show for the world to see in Brazil.

A number of current top class players emerged onto the scene through the U-17 system, even some you may not have expected. 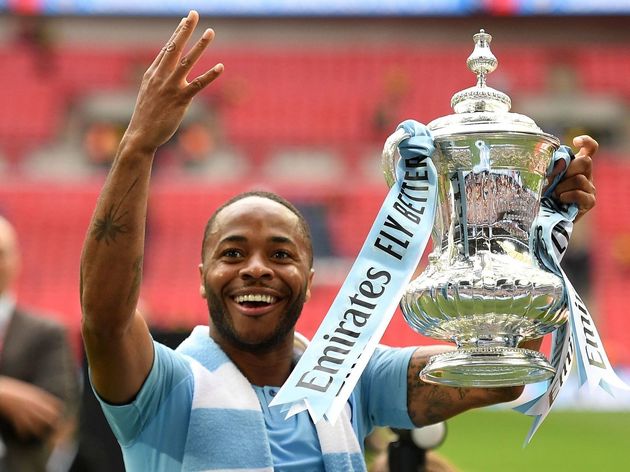 Here is a starting XI of some of the best players to have appeared and made a name for themselves through the U-17 World Cup. The current England number one came up through the Sunderland academy, and started for the U-17 team before be made his debut for the Black Cats.

Now ?Everton’s first choice goalkeeper, Pickford is likely to be the man in between the sticks for England next summer, and his ability to play out from the back will be crucial to Gareth Southgate’s way of playing. Alexander-Arnold only played one game for England during the 2015 U-17 World Cup. However, despite that, the right-back is now one of the world’s best defenders, and at the ripe age of 21, has forced his way onto the 30-man Ballon D’or shortlist.

The ?Liverpool defender has been nothing short of sensational over the past 12 months, but he is still yet to knuckle down a place in the England senior starting XI. However, with the form of Kieran Trippier far from impressive at international level since the 2018 World Cup, he will be confident that he will get his chance soon. Brazil were knocked out in the quarter-finals to Nigeria in 2015, but Militao was hugely impressive throughout the tournament, and went on to become the main man at Sao Paolo. He soon made a move to FC Porto, before signing for ?Real Madrid for £42m.

The centre back has all the attributes to be one of the best defenders in the world, and with Madrid seemingly in need of a refresh, he should be given a prolonged chance to show he’s worthy. Laporte was unable to start for the French team, with Kurt Zouma and Raphael Calvet both starting ahead of him. However, the ?Manchester City man has gone on to become a far better footballer than both of them, and has confirmed himself as one of the world’s best defenders. While Laporte didn’t play a huge part, ?Mendy was a key man for the France side back in 2011, and learnt his trade at Marseille under the management of Marcelo Bielsa. However, since signing for Manchester City, he has had terrible luck with injuries, and as a result, has failed to make his mark in the ?Premier League. Another City man who took part in the 2011 edition,? Raheem Sterling ?Emre Can starred for Germany in 2011 as they got to the semi-finals, and has had a fantastic career since then. After winning the treble with ?Bayern Munich, he joined Liverpool before moving to ?Juventus The impressive 23-year-old announced himself to the world after leading Russia to the quarter finals of the World Cup last year, and has a huge amount of quality in his locker.

However, now at Monaco, the French side are seriously struggling in Ligue 1, and he will need to do something special to save their season. Holland were terrible in the 2011 U-17 World Cup, finishing bottom of their group. However, Memphis Depay has since gone on to become a crucial member of the senior squad under Ronald Koeman, and even had a brief stint at ?Manchester United.

Now at Lyon, Depay is one of the best players outside Paris Saint-Germain in Ligue 1, and could command a hefty fee should he leave someday. Haller was not a regular in the 2011 France team, but went on to become a clinical striker for Bundesliga side Eintracht Frankfurt, before moving to ?West Ham for £45m. He has made a bright start to life in the Premier League, and already become a fans’ favourite. Osimhen had a sensational 2015 U-17 World Cup, claiming the Golden Boot with 10 goals. Following that tournament, he moved to Wolfsburg, but injury and health issues meant his time in Germany ended abruptly.

After a brief spell at Belgian club Charleroi, he signed for Lille this summe, and he now sits second in the Ligue 1 goalscorer standings with seven goals.