Despite sitting atop the table, there is already talk of Zinedine Zidane fighting to save his job at Real Madrid with rumours of old boss Jose Mourinho lurking in the background like a bad smell.

Los Blancos made headlines over the summer window with multiple high-profile signings after a disappointingly trophy-free 2018/19, spending around £300m in search of old glory.

However, not all have made an instant impact. Here’s a (very) early assessment of the club’s summer recruits. Eden Hazard arrived in the summer for a staggering £90m rising to £130m from Chelsea but has so far struggled to have the impact most would have expected from him. Having missed the first four games of La Liga football due to a hamstring injury, Hazard has only completed 90 minutes twice this season.

Possibly due to a struggle for match sharpness, the Belgian has only been able to contribute one goal and one assist in all competitions, both coming in last week’s 4-2 win against Granada. As for the Champions League, Hazard was unable to impose himself on the game as Madrid were comfortably beaten 3-0 by Paris Saint-Germain and laboured to a 2-2 draw against Club Brugge.

Real Madrid need Hazard to start coming up with more match-defining performances to begin to justify his marquee signing. After an impressive season last year for Eintracht Frankfurt, finding the net 17 times in the Bundesliga, Jovic was snapped up by Real Madrid for around £53m shortly after making his move to the German side from Benfica permanent.

As with Hazard, however, the young Serb has so far failed to have the influence expected of him, heading into the international break without a goal or assist to his name in all competitions.

Jovic has so far only started two league games this season. He has struggled for game time, having completed 90 minutes once so far this season, with Karim Benzema preferred ahead of him to lead the line.

Should Jovic fail to score when Real arrive to face Real Mallorca on 19 October, it will be 63 days without a goal since his signing. ?No striker since the year 2000 has ever needed so many days to find the back of the net for Real.

Amazingly there has already been exit talk… 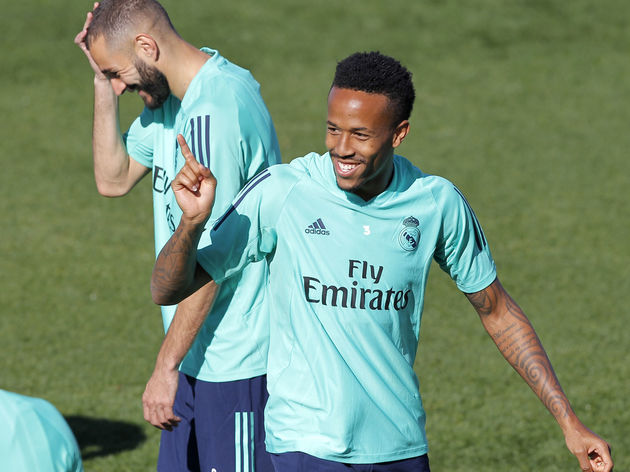 After a breakthrough season at Porto, Real Madrid parted ways with £45m to secure the signature of the highly rated Brazilian defender Eder Militao.

Most likely viewed as a player for the future, the 21-year-old has so far only played three games in all competitions, playing the full 90 minutes in two of them. Currently sat behind Sergio Ramos and Raphael Varane, he is unlikely to displace either men for the time being, but will be expected to impress when called upon to deputise.

Militao is most likely seen as a player for the long term, so is gradual introduction is of less alarm than Jovic. Frenchman Ferland Mendy joined Real Madrid from Lyons for £43m this summer after a stellar two years in Ligue 1. Unfortunately, the left back has so far struggled for match fitness, missing a total of five games so far this season as a result of a hamstring injury.

Mendy has played the full 90 minutes three times this season, including the 3-0 defeat to PSG (where he was a rare bright spark) but has not been involved in the last three games as a result of a muscle injury.

Tipped as the successor to the ageing Marcelo, Real Madrid need Mendy to stay fit if he is to hold down a place in Zidane’s new-look team. Very much a signing for the future, 18-year-old winger Rodrygo was this summer’s Vinicius Junior, making the move from Santos to Real Madrid for £40m.

As expected, despite the price tag on his head, he has only played 19 minutes in the league this season. However, he did score his first for the club in a 2-0 win against Osasuna but will likely spend most of this season with the Real Madrid B team in Segunda División B.