After being thumped by Ajax in the round of 16 last season, their European woes continued with another bruising at PSG.

Madrid just never got going. Aside from Gareth Bale and James Rodriguez, no one even played remotely well. It was worse than poor. 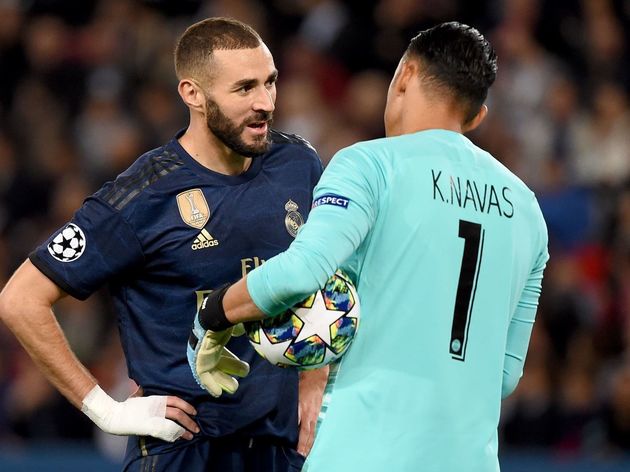 To rub salt in the wounds, it was former Real Madrid man Angel Di Maria who scored the goals to inflict defeat on the Spanish side.

Di Maria’s first goal came from an error from ?Thibaut Courtois. The Belgian has struggled in Spain, and this remarkable stat just about sums it up.

You can imagine Chelsea fans right now, revelling in the failings of their former goalkeeper, making a howler on the biggest stage. Chelsea Twitter was having a field day.

It seems like Blues fans had already forgotten about their loss to Valencia, and if anything, a Courtois mistake was as good as a Chelsea win.

If only ?Madrid had a top goalkeeper in their ranks to take the Belgian’s place. Oh wait, he was on the other team…

Angel Di Maria really loves the big stage. Every time you switch on to watch a PSG game in the Champions League, he seems to score one or two goals.

Real Madrid should be looking at signing a player like him. Seems exactly like a potential Los Blancos player…

2 – Angel Di Maria is the second player in Champions League history to score a brace against both Real Madrid and Barcelona, after Mário Jardel. Fideo. pic.twitter.com/QWspAWV597

Di Maria should have his hat-trick. He goes through, is about to slot it home, then he suddenly thinks to himself, ‘Jesus Christ what the f*ck happened to me at Manchester United?’. He loses all concentration and skies it over the bar.

Ángel Di María’s first half by numbers vs. Real Madrid:

A lot of eyes were on Real Madrid new signing ?Eden Hazard. A joyful footballer. One of the world’s best. Surely the man to turn around Madrid’s fortunes.

Based on this performance, probably not…

In the future maybe though…once he loses a bit of weight.

Hazard and i have same impact on this game and I’m at my home.

LOOOOOOL hazard looked so bad Zidane had enough. Fat ass had to come off the pitch

In all seriousness, praise has to go to PSG. They are heading in the right direction, and they seem to have – finally – struck the right balance between defence and attack.

A lot of that seems to be down to the signing of Idrissa Gueye. Twitter was impressed too.

Idrissa Gueye having a stormer against Real Madrid. Great signing by PSG.

We always say this but PSG’s squad is looking like a madness this year, improved where they needed and have superstars coming back. God damn

A pleasant night then all in all for PSG, but they shouldn’t get too excited though. They’ll face a lot more difficult challenges in Europe this season and across the next few weeks – for example, Brugge and Galatasaray.

I’d say I feel bad for Real Madrid fans. But I don’t. Three back to back Champions League wins is enough success to last a lifetime. They’ll just spend hundreds of millions of pounds next summer to sort out their problems and get back to the top again. They’ll be just fine.