Real Madrid are planning to host a tennis exhibition match at the Bernabeu between sporting icons Rafael Nadal and Roger Federer.

A meeting took place among board members to discuss this idea, as well as plans for the Real Madrid women’s team moving forward.? Spanish paper ?ABC claim that Real president Florentino Perez has told Nadal – who is a huge Los Blancos fan – about this idea.

With a potential to seat 81,014 punters, a tennis game at the famous Santiago Bernabeu stadium would be the highest attended game in the sport’s history.

Serena s and Kim Clijsters hold the current record of 36,681 which happened in an exhibition match in Brussels. However, this will be broken when Nadal and Federer play an exhibition event in Africa in February.

As mentioned, Nadal is a huge ?Real Madrid fan, but is also a keen follower of Real Mallorca due to being born and raised there.

Despite being great friends off of the court, Nadal vs. Federer is one of the great sporting rivalries, with 40 matches being played between the pair stretching back to 2004. 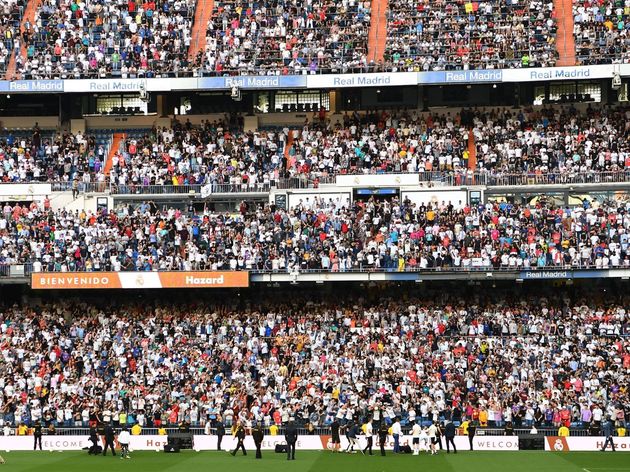 The Spaniard leads the head to head 24-16, although Federer won their last meeting in Wimbledon earlier this year.

However, Nadal won the US Open last Sunday meaning he now has 19 Grand Slam victories, putting him one short of Federer’s all time record.