Real Madrid full back Marcelo has been ruled out of the club’s Champions League group stage opener against Paris Saint-Germain on Wednesday.

The Brazilian left back sustained the issue in the first half of Saturday’s narrow 3-2 victory of Levante in La Liga, and though he was able to recover during the game to complete the 90 minutes for his side, he has since been ruled out of the midweek encounter.

The club revealed this with a statement on their official website, explaining: “After the tests carried out today on our player Marcelo by the Real Madrid Medical Services, he has been diagnosed with a post-traumatic cervicodorsal injury. His recovery will continue to be assessed.”

The 31-year-old joins Luka Modric, Isco, Brahim Diaz, Federico Valverde and Marco Asensio on the injury list, in a season which has thus far been defined by Real’s absentees.

While Isco and Asensio have long-term issues, Modric and Valverde were both injured during the international break, just after it felt like the club’s physio tables were finally clearing with the return of summer signings Eden Hazard and Ferland Mendy.

However, that midfield cratering, combined with Marcelo’s neck injury, ensures that the sideline curse continues to plague the Frenchman.

To add to the injuries, Spanish pair Sergio Ramos and Nacho will also be missing from this crucial clash against PSG at the Parc des Princes through suspension. 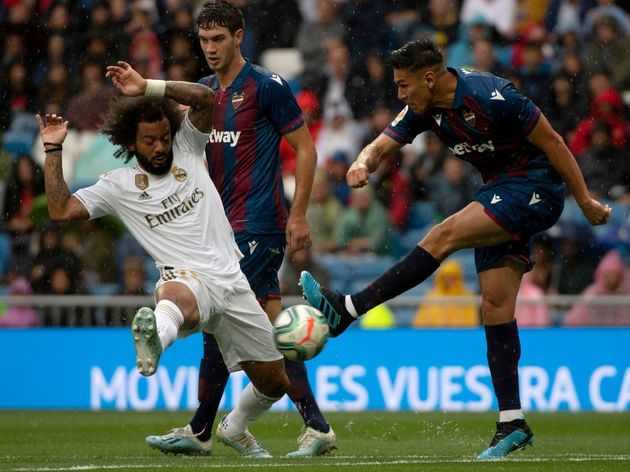 While Saturday’s victory took Madrid back to the top three of La Liga after a turbulent opening few weeks, as ever, their success will be measured on the continent, especially after a dismal campaign last year.

The 13-time winners bowed out at the last-16 stage last season following that loss to Ajax, and have been tasked with a testing group in the shape of PSG, Club Brugge and Galatasaray this season.