?What do you mean the FIFPro World XI featured some weird choices?

Every year when the all-star lineups are announced, there’s collective disdain from the public, not because of marginal decisions, but the stick-out-like-a-sore-thumb picks which aren’t even fathomable – remember when David Luiz was voted into the team in 2014 after playing a pivotal role in Brazil’s 7-1 thrashing by Germany?

In fairness, there were some worthy choices this year. Alisson in goal made sense, while it’s hard to argue with the centre-back partnership of Virgil Van Dijk and Matthijs de Ligt. Frenkie de Jong and Eden Hazard had spectacular years, and forwards Lionel Messi and Kylian Mbappe both broke the 30-goal barrier for last season.

But ?the rest…errm, you what mate?

Let me fix that for you you, FIFPro…

IN: Trent Alexander-Arnold
?OUT: Sergio Ramos A pretty standard one, really. ?Sergio Ramos captained the worst ?Real Madrid side this decade, crashing and burning by their own standards ?to a third-placed finish on 68 points, while also being dumped out of the ?Champions League with a 4-1 defeat at home to Ajax.

Ramos notoriously missed out on this match though, purposely picking up a booking in the first leg in hope of returning with a clean slate for the quarter-finals. That went well.

With Ramos at the heart of the Madrid defence, they conceded more goals in the league than ?Barcelona, ?Atletico Madrid, Valencia, Getafe, Athletic Club and Leganes. With the greatest of respect for a now-established La Liga club, could you name a single Leganes defender? It was one of Ramos’ weakest seasons in his career and did not merit a place in the World XI…especially at right back.

?Trent Alexander-Arnold was the obvious choice for the spot, and in a sport becoming more and more dominated by moments of magic, it was rather surprising that his quick assist for ?Divock Origi against Barcelona wasn’t enough to earn him the spot.

A consistent component of Liverpool’s high line and chance creation, Alexander-Arnold notched 12 assists in the ?Premier League as the Reds ran ?Manchester City right to the wire for the title, before winning their sixth European Cup.

Alexander-Arnold was better last season than Ramos and it wasn’t even close. End of. 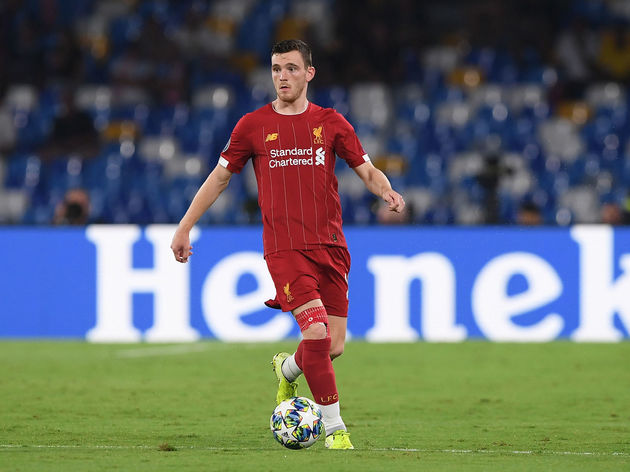 You could argue nearly every point about Alexander-Arnold coming in for Ramos and apply it to Robertson replacing ?Marcelo.

Clearly past his physical peak and having made just 23 appearances in La Liga last season?, the argument for Marcelo’s place in the World XI holds little weight. Although he’s more known for his performances in Europe, there weren’t any to note last season, and Real Madrid have increased his competition by bringing in Ferland Mendy from Lyon.

Robertson’s evolution from physical but ropey wing back into a complete wide man has been phenomenal, culminating with the Champions League win and also providing 11 assists in the Premier League.

Simply put, Real Madrid have no business having any players in this backline, and you can easily substitute them for the Liverpool duo.

IN: Bernardo Silva
?OUT: Luka Modric The narrative that Manchester City were wrongly overlooked at these awards may be a little boring, ?but it is true – they’re a team worthy of some representation. That being said, this isn’t a token selection.

While sometimes an unproductive direct influence on City when playing out wide (at least by their standards), ?Bernardo Silva showed he was capable of filling the hole in the side left by ?Kevin De Bruyne and his injury problems.

Last year’s winner of The Best and Ballon d’Or – both of which were questionable claims for victory – simply hasn’t done enough to warrant a place back in this team. Modric is still a fine footballer, but his comedown after his best to date has been stark, and it’s questionable whether or not he’s even the best midfielder at the Santiago Bernabeu anymore.

A solid three out of four Real Madrid players have been pulled from this team so far?. Good work, lads.

IN: Sadio Mane
?OUT: Cristiano Ronaldo ?Controversial, sure, but one with logic behind it.

?Cristiano Ronaldo has scored just seven non-penalty goals for ?Juventus in Serie A in 2019, and was unable to save them from their Champions League defeat to Ajax – the golden rule here is if Ajax knock you out of Europe, your place in this team will be questioned.

Outscored by Fabio Quagliarella, Duvan Zapata and Krzysztof Piatek domestically, it wasn’t a great year for Ronaldo by his own personal standards. He also didn’t turn up to the awards, which was poor form considering he lived closer than anyone else who was nominated.

?Sadio Mane’s 2019 remains underrated despite the wide praise he gets already.

Ronaldo is the go-to here, but Mane deserved a spot in the front three, and Ronaldo had the worst individual year.