Real Madrid duo Eden Hazard and James Rodriguez will be available for the club’s clash against Levante at the Santiago Bernabeu this weekend. 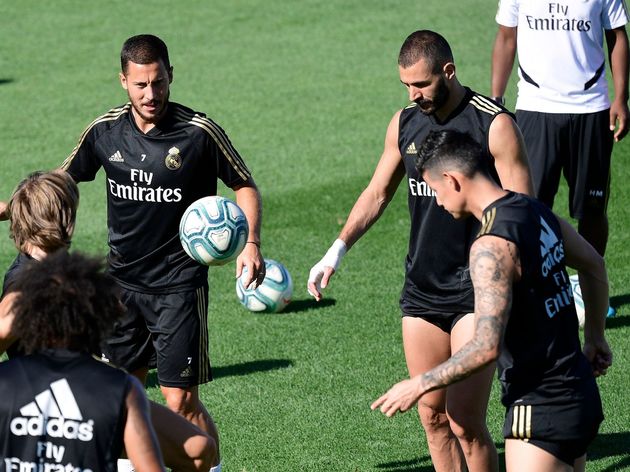 Former Manchester City starlet Brahim Diaz was once again present alongside them, but he only took part in some of the collective exercises, before returning to his individual work.

Sergio Ramos and Dani Carvajal, returning from international duty with Spain, were also present on what was meant to be their day off.

The Belgian summer signing has been out since pre-season and is yet to make his full debut for Los Blancos, something that Zinedine Zidane is surely desperate for, considering the club’s attacking woes thus far.

On top of stuttering to successive draws after the opening day victory over Celta Vigo, Madrid will be without Gareth Bale this Saturday, thanks to the Welshman’s suspension for a last-gasp red card in that Villarreal stalemate.

With Marco Asensio and Isco also out with long-term injuries, and Luka Jovic not favoured by Zidane as it stands, the Frenchman needs all the attacking help he can get, and Hazard will surely provide it if he starts this weekend.

Though Rodriguez was linked throughout the summer with a move away from the Spanish capital, he was used in that first clash against Celta Vigo and there’s no reason to believe he’ll be snubbed here if he’s fully fit.