Casemiro offered a frank assessment of Real Madrid’s recent performance during their draw with Villarreal, insisting they are currently lacking in every department.

Real had to come from behind twice to secure a point against Villarreal, as Gareth Bale scored both goals in the 2-2 draw at= Estadio de la Ceramica – before being sent off right at the death. It was an erratic performance from ?Real, who have now drawn two matches in a row following their opening day victory against Celta Vigo.

With the disappointment of the 2018/19 campaign still hanging over the club, Zinedine Zidane will be under increasing pressure to turn the tide, but Casemiro noted that the playing staff also need to be held accountable. 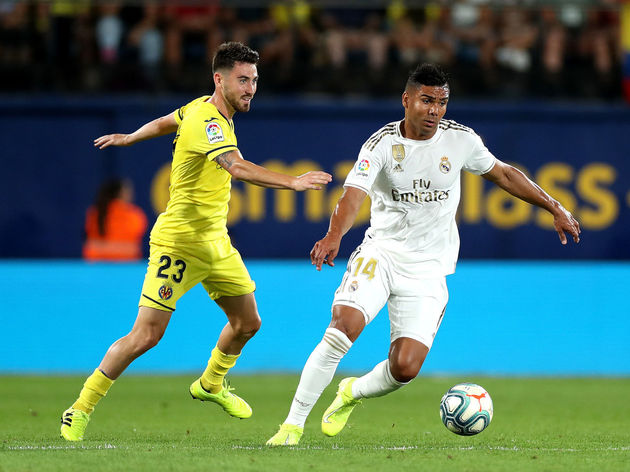 “We had control. We had opportunities. I think that we played well but with this jersey, you always have to win.

“It’s normal [to be criticised] but people have to see the work we do. You have to keep working to get as far as we can in La Liga.”