Perennial Croatian champions Dinamo Zagreb have never been able to translate their domestic dominance into any kind of European success and the club has finished bottom of their Champions League group every time they have reached this stage since 1999.

This time, they have made a flying start by thrashing Italian debutants Atalanta 4-0 on matchday one – winger Miroslav Orsic scored a hat-trick – and will hope to build on that; maybe even eventually matching their 1998/99 group stage points tally of eight.

Manchester City and Shakhtar Donetsk are the other teams in the group. Having, at last, returned to the Champions League last season after a six-year absence, then hiring revered coach Antonio Conte and signing Romelu Lukaku, Alexis Sanchez, Diego Godin and rising Italy starlet Nicolo Barella over the summer, and making a flying start to their Serie A campaign, Inter had been billed as a dark horse in Europe’s elite competition in 2019/20.

They were always going to be up against it after being put in a group with Barcelona and Borussia Dortmund, but the Nerazzurri couldn’t even beat Slavia Prague at home to get three points on the board on matchday one, while the other giants entertained each other.

It took a 92nd minute equaliser from Barella just to salvage one point at San Siro after Peter Olayinka had put Slavia on course for a famous win. Unless Inter are going to seriously pull it out of the bag against Barcelona and Dortmund later, they really needed maximum points.

The Top Scorer Will Be Someone ‘New’ Either Lionel Messi or Cristiano Ronaldo has been top scorer in the Champions League every season since 2007. The only player who came close to breaking that dominance was Neymar when he tied as joint top scorer with both on 10 goals back in the 2014/15 campaign.

But neither got on the scoresheet on matchday one. Ronaldo’s Juventus scored twice, but he didn’t net either of them, while Messi was returning from injury and only played half an hour of Barcelona’s 0-0 draw against Borussia Dortmund.

There is no doubt that will change, but is it not possible to at least think there might be someone else at the top of the pile for the first time in 12 years?

Red Bull Salzburg could be a surprise package this year. The Austrian champions, who ruthlessly tore apart Genk on Tuesday, have good Europa League pedigree and the longer they stay in the more chance there is for the frightening Erling Håland to add to his tally.

There will be others who fancy their chances – Kylian Mbappe, for one, who will be aided by Paris Saint-Germain’s usual habit of scoring prolifically in the group stage. Liverpool pair Sadio Mane and Mohamed Salah are others to obviously keep an eye on. 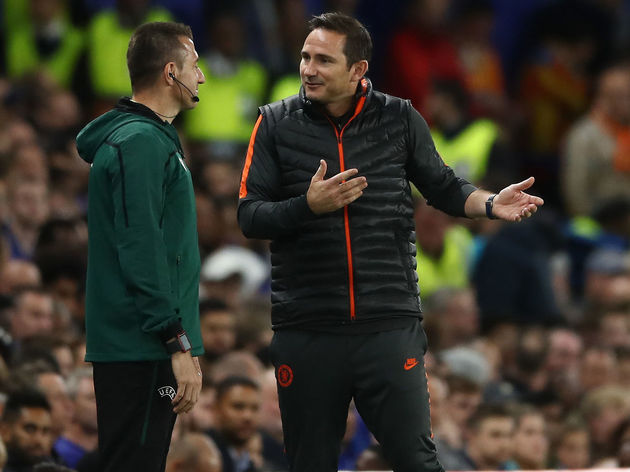 Despite Premier League dominance of last season’s Champions League, Manchester City were the only English club to begin the new campaign with a win this week.

Liverpool were beaten in Napoli, while Chelsea lost to Valencia, and Tottenham underperformed during a draw with Olympiacos.

One would expect holders Liverpool to turn things around, although their European away record is now six defeats from their last eight games (excluding neutral finals). The Reds struggled to even get through the group last season, relying on a home win against Napoli on matchday six.

Tottenham will also fancy their chances of recovery, not least because they have made something of a habit of European comebacks over the last 12 months.

The English side most in danger of early elimination is Chelsea. Say what you like, but Frank Lampard is a second-year manager with no experience coaching at this level, while the young players who have been driving the team back home are equally untested in European football.

Defeat at home to a Valencia side in disarray at the start of this season was a bad way to start, and they now find themselves in a very open group where Ajax pose an even greater threat.

Atletico Madrid or Juventus Will Reach the Final They lost four consecutive finals between from 2014 to 2017 and this year could be the year that either Atletico Madrid or Juventus return to the showpiece event.

The clubs played out a thrilling 2-2 draw at Wanda Metropolitano on matchday one and seem to be among the best equipped to gar far as weaker Real Madrid and Barcelona sides struggle to live up to their previous lofty standards.

Paris Saint-Germain, 3-0 victors over Real this week, have hardly given reason in recent years to suggest they can last the distance after often fading when the knockout stages come around, while Bayern Munich have been getting further and further away from European glory.