Rather than travel to Germany, Bale stayed behind in Spain – Zidane later confirmed his absence was the result of a fitness issue. Fans might therefore have expected the Welshman to work on his fitness and keep a low profile, but El Confidencial snapped him playing golf (although granted, the suggestion is that Bale had trained and a long-lensed shot of a footballer on a golf course doesn’t scream ‘attention-seeking’).

The report even noted that Bale was on the 14th hole of his round at approximately 8pm, the same time as his teammates were kicking off their game against Spurs in Germany.

Something that has perhaps been overlooked in the scandalous re-reporting is that Bale is likely to have trained earlier in the day and his golf would have come afterwards and not instead.

Stirring the frenzy a little more the Daily Mirror unfairly paints the player in a very poor light, completely ignoring the stated reason for his absence with this line: ‘Furious at being denied his move, Bale subsequently skipped the Audi Cup in Munich.’

But Zidane was not prepared to pile on and publicly condemn the player, seeking to give Bale the benefit of the doubt and acknowledge that he is responsible enough to do what is right. 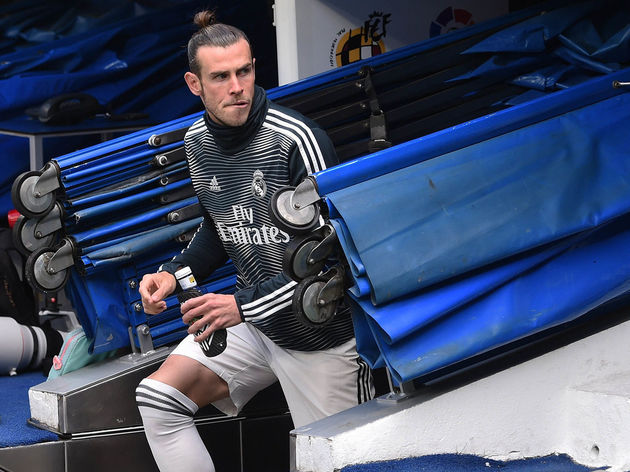 “I hope he trained there. We are here, thinking about the team,” Zidane is quoted as saying by BBC Sport. “We’ll see when we get back. I will not prevent someone from doing something. He has to look after his responsibilities. We will see what he has done in Madrid.

“I will not get into his personal life. But I think he has done training.”

But even though Zidane is not unhappy about Bale playing golf, The Sun boldly alleges that the Frenchman has ‘made it clear’, presumably behind closed doors and not just because of golf, that he will ‘never’ again pick Bale for as long as he remains in charge at the Bernabeu.

The feeling is seemingly mutual because the report also claims Bale, who has won four Champions League titles since moving to Spain – the latter three of them under Zidane, doesn’t wish to play for him again either. It threatens to leave the former Tottenham and Southampton star sidelined for the 2019/20 season unless something drastically changes in the coming weeks. The Chinese transfer window has now closed and Bale looks to have few, if any, options to leave Real.