?Real Madrid have renewed their interest in Ajax midfielder Donny van de Beek – with their hopes to sign Paul Pogba seemingly dwindling by the day.

Zinedine Zidane remains committed to bringing his fellow countryman, Pogba, to the Bernabeu but with Manchester United standing firm on his

30 – Donny van de Beek was directly involved in 30 goals in 57 appearances for Ajax last season in all competitions, scoring 17 and assisting 13. Critical. pic.twitter.com/mLvjsNEomg

This interest in Van de Beek hasn’t come out of the blue. ?News broke earlier in the transfer window that the Spanish giants were looking at alternatives to the hefty price tag that was being boasted by ?Pogba, and the Ajax man has been sitting firmly as the number one ‘Plan B’ ever since – even ahead of Tottenham’s Christian Eriksen.

?MARCA the Dutch playmaker is very much on the radar of those in ?Madrid, in fact, they have claimed that all areas of the club are interested in getting a deal done for the 22-year-old. All except Zidane, that is. 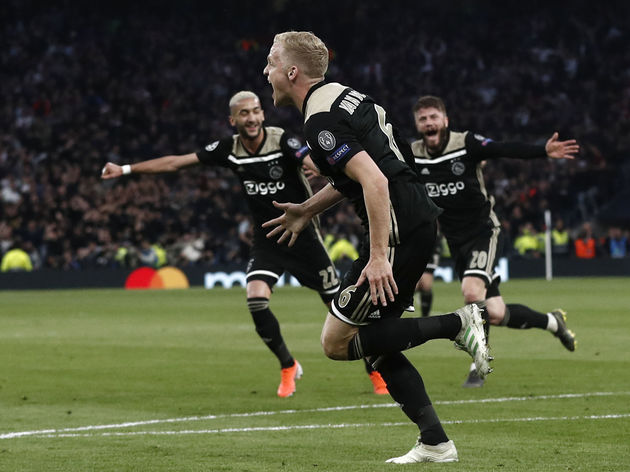 After a summer of mass spending in the Spanish capital, Los Blancos will need to look at getting the transferred duo of ?Gareth Bale and ?James Rodriguez out of the door before they even think of spending another monstrous fee on the ?Manchester United man.

With United demanding a bare minimum of