Real Madrid have had an undisclosed bid for Ajax star Donny van de Beek accepted by the Dutch side, with the player also agreeing to personal terms with the Spanish side.

After a breakthrough year with the Dutch champions, particularly in their famous Champions League run, Van de Beek has garnered plenty of attention this summer, with Liverpool, Barcelona, Tottenham and Manchester United all linked at one time or another.

However, Real Madrid have always been the most consistent suitors, seeing the youngster as the perfect back up to Paul Pogba should a deal for the Frenchman prove too difficult to secure.

And it now seems that the Spaniards have resigned themselves to missing out on the World Cup winner, with journalist Marcelo Bechler reporting on Twitter that the club have had a proposal accepted by Ajax, with the player also agreeing personal terms.

With both Marca and Diario AS earlier reporting that Madrid had revived their interest in the player, Bechler was able to go one step further, explaining that Real already had an undisclosed deal in place with the club for the €60m-rated midfielder. 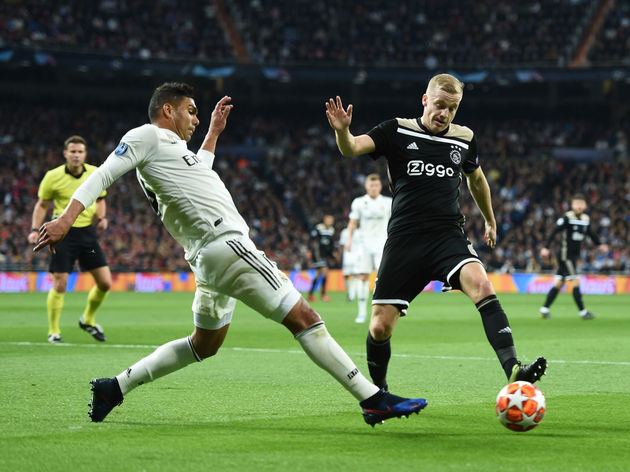 After detailing the previous reports, Bechler explained: “From what I’ve learned, the thing goes further: there is already a proposal accepted by the Dutch club and player. Van de Beek should sign for five or six years in the next few days. Trading has been around for days.”