?Real Madrid began their 2019/20 La Liga campaign with an impressive 3-1 win away to Celta Vigo, with goals from Karim Benzema, Toni Kroos and Lucas Vazquez earning them the points.

The game started scrappy, and it took Sergio Ramos just a matter of minutes to commit his first foul of the new season. However, Real Madrid made their early dominance count in the 11th minute – a tap-in from Karim Benzema. Gareth Bale was the man to create the goal, with a stunning weaving run ending in him picking out his teammate in the six yard box.

Celta came close to the equaliser on the half hour mark, but Raphael Varane made a crucial last ditch interception. On the stroke of half time, Celta had a goal controversially ruled out by VAR, as Iago Aspas was marginally offside – much to the relief of Alvaro Odriozola, who dwelled on the ball and had it taken off him.

Vazquez put the icing on the cake late on, finishing off a nice move involving Marcelo and Benzema. Thibaut Courtois was unable to keep a clean sheet though, as Iker Losada drilled home in added time.

Following a disappointing pre-season, ?Real Madrid fans were hoping their big-money signing Eden Hazard could give them reason to be optimistic against Celta. However, this was not to be the case as he was unable to play due to injury. Enter ?Gareth Bale.

Not so long ago, Zinedine Zidane had made it abundantly clear that the Welshman’s services were no longer required. Yet somehow, he miraculously made it into the starting XI. And he wasted no time in getting into his stride, assisting the opening goal. His link up play with the rest of the attacking line will be very pleasing for Real Madrid fans.

Elsewhere, a key decision for the manager to make was whether to opt for the 3-5-2 formation which has been used on occasion in pre-season, or to return to a four man defence. In the end, Zidane opted for the latter, and there were definite frailties. The hosts were unlucky to have the goal at the end of the first half ruled out, but it all stemmed from a defensive mistake. The defence was continuously carved open with just one pass. Early in the second half, Casemiro cleared the ball off the line, as Celta swept forward and got in behind. The hosts continued to create, but were unable to take their chances until the final minute.

Zidane will now be without Modric following his dismissal. But, it does give an opportunity to either Isco or James to step in and take their chance. 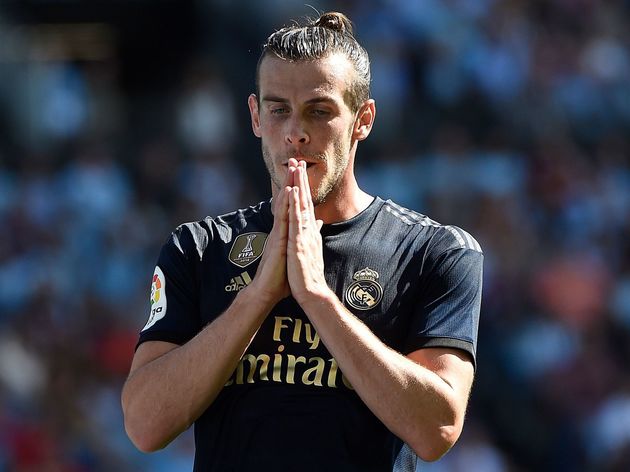 Zidane made the tactical decision to leave Isco, Lucas Vazquez, Luka Jovic and James Rodriguez on the bench. Instead, he went for Bale, who spent the summer in a war of words with his manager. The Frenchman made it perfectly clear that he would no longer require his services. But, as Real commenced their 2019/20 La Liga campaign, Bale was in the starting lineup.

The Welshman was outstanding, making direct runs and was an all-round threat. In the 11th minute, he weaved through Celta’s defence, before cooly picking out Karim Benzema in the middle to slot home. At one point in the summer, there were rumours that he wasn’t even training. But, he was fit and sharp throughout the game.

Towards the end of the first half, he made an intelligent diagonal run and was fed through, but his shot was well kept out. Los Blancos had to soak up pressure in the second half, meaning opportunities were limited. However, it was a show of faith from Zidane to substitute Vinicius Jr. before Bale eventually came off in the 75th minute.

Celta play host to Valencia next on Saturday, before travelling to face Sevilla in a tough run of fixtures.