Every single person in the world predicted that Sheffield United would go straight back down to the Championship this season, finishing 20th with a record breaking five points tallied up after 38 games.

That in mind, you can say that their weekend win over Crystal Palace, and four points from their first two games, has come as somewhat of a shock. Maybe, just maybe, everyone was wrong, and maybe, just maybe, Sheffield United are racing to safety rather than relegation. “Exact same thing they do now. Just out in the open.”

We’d heard he was the second coming. We’d seen the odd clip on Twitter. We’d read a few crazily impressive stats. But let’s face it, no one really watches the Primeira Liga, so no one had really seen Joao Felix play before this past weekend.

When we all did, we were shocked AT HOW GOOD THIS CHILD IS AT FOOTBALL.

At the age of four, Felix might already be the best footballer of all time. You know, I’ve seen all the different types. They all fit a certain category – the ‘big six’ side, the hipster’s choice, the uh, team with the fugly kit, the team possessed by an ungovernable desire to win the Champions League (Juventus), the financially sound club.

Wolves are currently the hipster’s choice, but after Ruben Neves (Football Manager Demi-God – hence the hipster’s choice categorisation) rifled the ball into the roof of David de Gea’s net on Monday night, it was abundantly clear that Santo’s team are on the brink of breaking the glass ceiling and becoming a ‘big six’ side. “This is a world where nothing is solved. You know, someone once told me time is a flat circle. Everything we’ve ever done or will do, we’re gonna do over and over and over again.”

Time is a flat circle.

?Real Madrid were once great and they are seemingly great once again (maybe that’s an exaggeration, but a necessary one for the bit). “I’m not supposed to be here.”

Rennes aren’t supposed to be here.

Someone born in 2002 isn’t supposed to be playing professional football in the French top flight.

And yet here we are.

Rennes are sixth in the Definitive European Power Rankings.

Eduardo Camavinga is making us all feel old.

And Paris Saint-Germain are dropping points. “I know who I am. And after all these years, there’s a victory in that.”

Unlike a lot of other clubs, RB Leipzig have a plan, and with the probable retention of Timo Werner, the array of exciting young talent at the club and the appointment of boy-wonder Julian Nagelsmann, it looks as like they’re sticking to it.

There’s a victory in that. 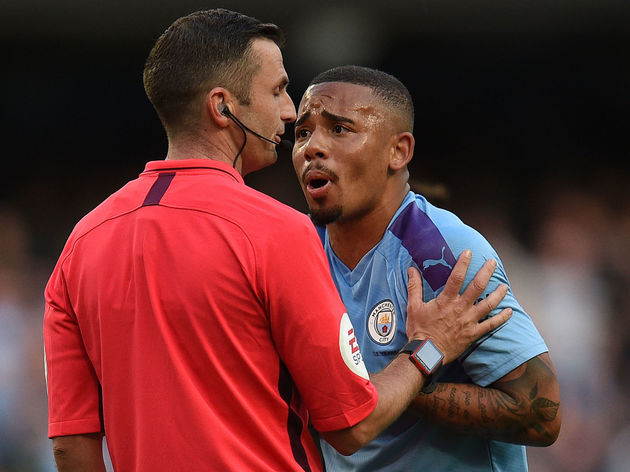 “You figure it’s all a scam, huh? All them folks? They just wrong?”

Pour one out for ?Manchester City, the holders of the domestic treble who feel that, despite VAR helping the referee to make the right decision, the sky is falling in on them.

Life isn’t fair…even if it is… “Once there was only dark. If you ask me, the light’s winning.”

Do you know what’s great?

Do you know why?

Because on Saturday evening Tottenham Hotspur were so nearly robbed of a point at the Etihad Stadium, but weren’t, because VAR came to the aid of the referee to disallow Gabriel Jesus’ last minute goal. “Every time I think you’ve hit a ceiling, you, you keep raising the bar.”

Last season on 90min’s Definitive European Power Rankings, Wilf Dutton and I declared that Borussia Dortmund were ‘must watch tv’.

This season, with the signings of Julian Brandt and Thorgan Hazard, Borussia Dortmund are not just ‘must watch tv’, but ‘absolutely must watch, under no circumstances – not even the birth your first child – can you afford to miss tv’.