Having signed for Los Blancos this summer on a free transfer, the 18-year-old has been a shining light in what has been a pretty disastrous pre-season for the Spanish giants.

Kubo made his debut against Bundesliga champions Bayern Munich in the International Champions Cup and it took him just 45 minutes to showcase his brilliant technical ability. 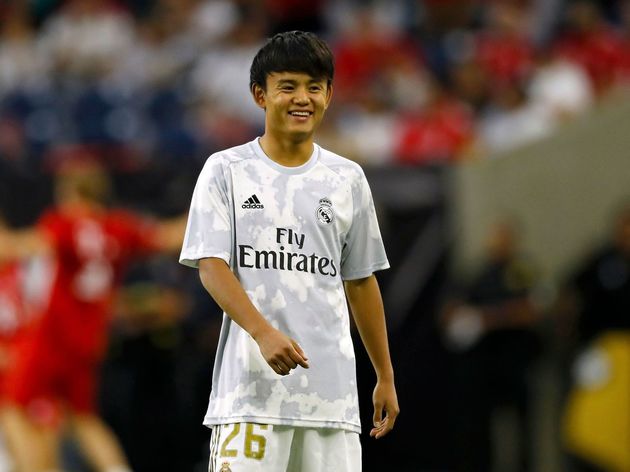 It is, therefore, no doubt that the likes of Paris Saint-Germain and ?Barcelona were interested in signing Kubo, yet managed to miss out in bizarre fashion after misjudging his contract situation.

Despite it being a free transfer, PSG and Barcelona made a costly mistake and it could turn out to be a bad miscalculation on the La Liga champions’ part, as Kubo was actually a former Barca player. The diminutive midfielder joined La Masia in August 2011 after impressing in Barcelona’s soccer camp and Barcelona school team a couple of years prior. He had always been a prodigious talent, managing to pick up the MVP award in both competitions and went on to score an insane tally of 74 goals in 30 games in his first full season at La Masia.

However, he had to leave La Blaugrana due to the With praise coming from one of the greatest ever midfielders to an up-and-coming midfielder, it highlights that the lofty expectations set for this young kid are more than justified and he can perhaps live up to that hype.

The youngster has also been inserted into the national set-up and was called up to play for Japan in the Copa America, The gifted midfielder is unlikely going to play for Los Merengues a whole lot this upcoming campaign due to the sheer talent and depth that Madrid have but with the devastating injury suffered by Marco Asensio ruling the Spaniard out for most of the upcoming campaign, spots could open up for the Japanese wonderkid and he can definitely go on to prove why he is one of the best youngsters around.