The British Grand Prix is just around the corner, giving fans a chance to see some of the biggest names in the sport up close.

But, what do drivers do when the race is over? For some, the answer is simple – they go home and check the football scores.

There are a number of drivers who are well-known football fanatics, are here are six drivers who call football their second passion.

Widely regarded as one of the finest F1 drivers of all time, Lewis Hamilton has won countless trophies in the sport, and he follows a side with a similarly rich history.

Hamilton is a die-hard ?Arsenal supporter, and he can often be seen sporting his beloved side’s colours. He admitted to ?Sky Sports that he has followed the Gunners since he was five years old, also revealing his admiration for legendary manager Arsene Wenger.

He went to school with Ashley Young, but their friendship probably hasn’t been so strong since Young headed to Manchester United. 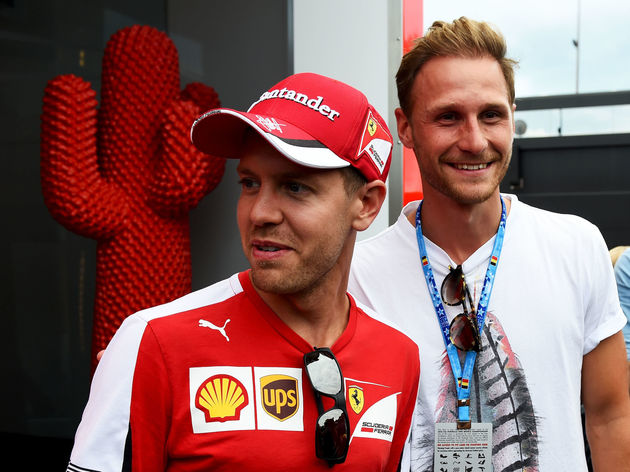 F1 takes Sebastian Vettel all over the world, but wherever he goes, he always keeps an eye out for Eintracht Frankfurt’s results.

He told the ?Bundesliga ?website that he grew up close to Frankfurt’s stadium, and he soon fell in love with the club. He loves watching Frankfurt play, but will always at least make sure he knows how his team have performed before he heads out on the race track.

He’ll need to find time to tear down his Luka Jovic shrine, but hopefully there will be a new hero at the Commerzbank-Arena soon enough.

Carlos Sainz Jr comes from a family who love racing, but they also have a second passion – ?Real Madrid.

His father once ran for the Los Blancos presidency, and clearly managed to hand his love for Real over to his son, who told ?AS of his dream to have the Real badge feature on his helmet.

He was a huge fan of ?Cristiano Ronaldo, so there’s probably a little part of Sainz who followed Ronaldo to ?Juventus last summer.

Dutch wonderkid Max Verstappen is a well-known PSV Eindhoven supporter, but he risked incurring the wrath of his fellow fans by cheering on Ajax in the ?Champions League last season.

Verstappen clearly just wants to see Dutch football grow, even if it is not his side who are responsible for it.

Having said that, you wonder whether Verstappen was still so impressed with Ajax after they pipped PSV to the Eredivisie title by just three points last season.

Pierre Gasly has never shied away from confessing his love for football, and the Frenchman always tries his hardest to follow Paris Saint-Germain.

He told ?Formula 1 that he can be found playing football whenever he is back home, and he has close links to PSG through a friend who plays for the club.

For his sake, let’s hope his friend is not ?Neymar, or he could be set for a pretty uncomfortable summer.

Football is one of the most global sports around, and few sides can reach fanbases across the world quite like ?Manchester United – just ask Daniel Ricciardo.

The Australian has followed the Red Devils for years and has been spotted with the likes of Michael Carrick and Jose Mourinho in recent seasons, and he has been trying his hardest to remain positive over the last few seasons.

He even featured in a tribute video to Carrick when the midfielder retired in 2018, jumping at the chance to praise a close friend and club legend.