James Rodriguez is Atletico Madrid’s main target for another attacking addition to their squad, ahead of Christian Eriksen, with Real Madrid keen to sell to their rivals.

After losing a host of first-team names including Lucas Hernandez, Diego Godin, Rodri and Antoine Griezmann, Diego Simeone’s side are on the rebuild this summer, already concluding big-money deals for the likes of Joao Felix, Kieran Trippier and Mario Hermoso.

The club is still targeting another attacking midfield addition with James and Eriksen among those linked. 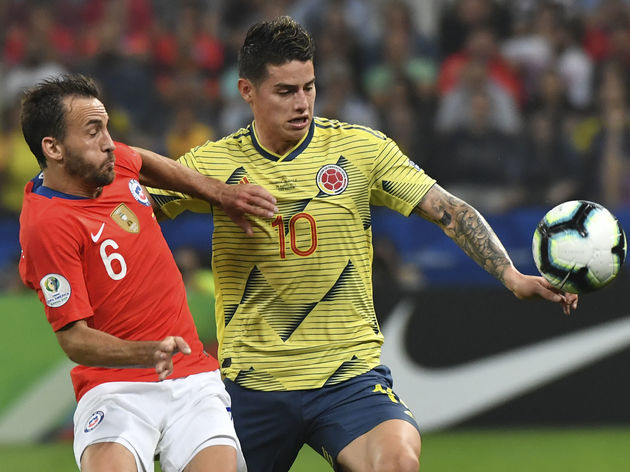 According to Marca, Real Madrid want roughly £35m for the Colombian who spent the last two seasons on loan at Bayern Munich, making him a much cheaper option than Eriksen.

The report adds that this week is ‘key’ for the transfer of James, who he is set to return from his post-Copa America break to Real’s training squad on 29 July.

Zinedine Zidane is keen to avoid another transfer saga similar to the ongoing ?Gareth Bale story as it brings unwanted tension to the club’s pre-season tour.

Interest for James, who was named in the 2019 Copa America Team of the Tournament, is not only limited to Los Colchoneros, as Napoli have flirted with the idea of bringing the 28-year-old to the ?Serie A. As for Eriksen, a

could free up some space at the club. ?Tottenham’s playmaker has looked set to depart for much of the summer, yet with no formal offers he could end up signing a new contract under Mauricio Pochettino at the end of the transfer window.