?Arsenal’s pre-season match against Real Madrid on Wednesday is a whole lot more than just a friendly match for those in attendance at the 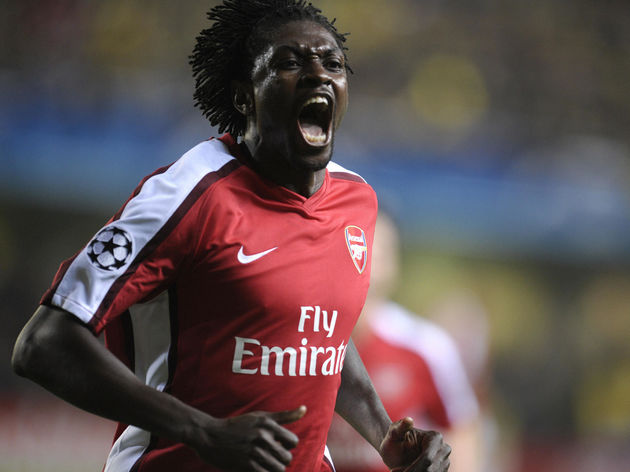 For the sake of both sets of fans, it’s probably best to get through this one quickly.

Emmanuel Adebayor was a standout player at Arsenal and often provided moments of individual brilliance at the most important times, never shying away from a North London derby – something which continued when he eventually joined Tottenham – specifically.

His move from Arsenal to Real Madrid wasn’t direct, as the Togo international spent three years on the books with Manchester City.

He hardly featured during a loan spell with Los Blanocs, but he did score goals in the knockout stages of the Champions League and Copa del Rey, as well as a hat-trick on the final day of his La Liga season against Almeria. It’s easy to forget that former France international midfielder Lassana Diarra ever spent time in north London, as on these shores he’s most notably remembered for spells with Chelsea and Portsmouth.

Throughout his career, however, it was in the Spanish capital where Diarra made the most amount of appearances for any one club – the next closest is at Marseille, with 45. The first player on this list to move directly from one club to another, He was a player who never quite made the impact with Arsenal or Real Madrid like he did with the national team, but Croatian

A player who helped to define football in the 1990s for a number of fans across Europe, Despite having more than a handful of picturebook moments a both clubs, the late During the same transfer window that saw