?Since his arrival at Real Madrid back in 2016, it has been abundantly clear that Zinedine Zidane does not like Gareth Bale.

But why? It’s not like he is an Alvaro Morata or an Alexis Sanchez – a high-profile star who constantly disappointed – he has been one of the club’s top performers, and you only have to look at the ?Opta stats to see it.

A move to ?Jiangsu Suning appears to have broken down, and Bale is now set to remain with Real for the upcoming season. Here are six stats which prove he deserves to stay.

His Final Season With Spurs Was Unbelievable With all the drama surrounding ?Bale, it is easy to forget just how good the Welshman is. He still regularly showcases his brilliance, but his 2012/13 campaign with ?Tottenham Hotspur deserves a mention of its own.

He racked up a stunning 26 goals and 15 assists in all competitions, with only Robin van Persie and ?Juan Mata contributing to more goals for a ?Premier League side that year.

Bale was on another level in his final year in England, and he fully deserved his blockbuster move to ?Real. His talent should have never come into question.

?He Is Only Just Behind Brazilian Ronaldo in the Club’s Scoring Charts 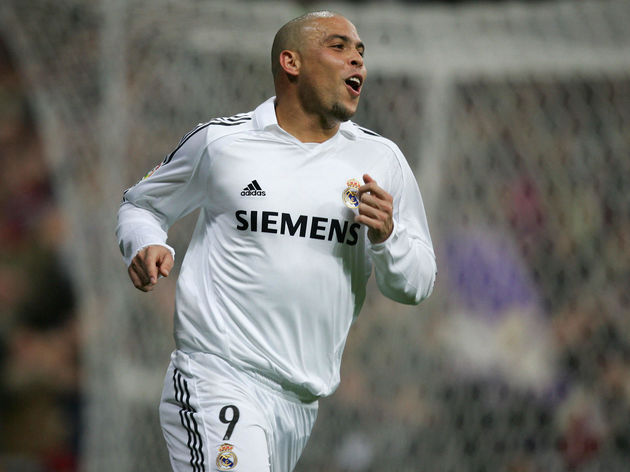 Widely regarded as one of the greatest strikers of all time, Brazilian legend Ronaldo struck 104 goals for Real during his five years at the club, and fans will happily tell you that such a tally is an incredible achievement.

Yet Bale, in six years in Madrid, is on 102 goals – only two behind arguably the finest forward in history. ?That’s even with his injury struggles, so imagine what he could have done if he was fully fit.

He is the club’s 14th-highest scorer of all time, so any suggestion that Bale has been poor in Spain is clearly wide of the mark.

His Goal Numbers Have Only Dropped Under Zidane Between 2011 and 2016, Bale reached double figures in both goals and assists in every season, but Zidane’s first full campaign saw that contribution plummet.

Even last season, he fired plenty of goals under Julen Lopetegui and Santiago Solari, but Zidane’s return in March coincided with a drastic downturn in form for Bale. Who is disappointing who here? British players don’t exactly have a rich history of making the move to mainland Europe, but there have still been a number of top talents who have taken their skills to sunny Spain. Bale is clearly the pick of the bunch.

His 155 ?La Liga appearances is well ahead of David Beckham’s tally of 116, and he is also the highest-scoring British player in the league’s history with 78 goals. Add to that four Champions Leagues, the Copa del Rey and a league title.

He has flown the flag admirably over in Spain, even if he hasn’t always been on the fans’ good side.

He Has Been One of La Liga’s Top Performers As a starter for Real, you’re expected to be one of La Liga’s best-performing players. Fortunately, Bale has been exactly that.

Only ?Lionel Messi, Cristiano Ronaldo, ?Luis Suarez, Antoine Griezmann and Karim Benzema have been involved in more league goals than Bale since his introduction in 2013. With 116 goal contributions, he has performed like one of La Liga’s finest.

If he had not been compared to Ronaldo, he would have been fine. Matching the Portuguese star’s goal output is a near-impossible task, but it is clear that Bale has done more than enough to prove himself.?

He Is Part of European History Bale can do his thing in league football with ease, and he is certainly capable of stepping his game up on the grandest stage, just ask ?Liverpool fans.

His two goals as a substitute in the 2018 ?Champions League final saw him join the likes of Ronaldo, Filippo Inzaghi and Hernan Crespo as one of just seven men to net twice in the final of the competition, and the only British player to ever manage to do so.

Those two goals weren’t his first in a Champions League final, whilst he has even netted in a Copa del Rey final against rivals Barcelona. ?Bale turns up when he needs to.