?Rumours. No, not the acclaimed album by Fleetwood Mac, although the first track on that album – ‘Second Hand News’ – could be an appropriate lament for any player down on his footballing luck.

No, we’re talking transfer rumours and, from the ridiculous to the sublime, there’s a lot of them bounding about. Let’s have a look, shall we? A strange one to start with – Julian Brandt has reaffirmed his commitment to honour his Bayer Leverkusen contract, despite said contract apparently containing a measly £22m release clause.

Speaking to the Bundesliga’s official ?website, Brandt proclaimed: “I’m enjoying myself. I’ve got a contract with Bayer until 2021, so right now all is well. As things stand, I’m staying put. I just want to end the season as best we can.”

The thing is, by talking about honouring said contract, you also bring to attention the ‘believed’ (as the ?Sun put it) £22m release clause placed within said contract to your suitors, such as, I don’t know, ?Liverpool. Right, Jurgen? Daniel James can do incredible things. If you didn’t know that before (and believe me, I envy you, because it’s been royally shoved down my throat) then you do now, because you’ve just seen him ride an invisible horse.

Because of said footballing and equestrian talents, he’s amassed quite the army of admirers, including both ?Manchester United and Liverpool, but according to the ?Daily Mail, it is the Red Devils who have emerged as the frontrunners for the £10m footballer/jockey.

Well, someone has to take the Old Trafford bait this summer, so why wouldn’t it be a Welsh winger who plays under Ryan Giggs. I can think of one or two… 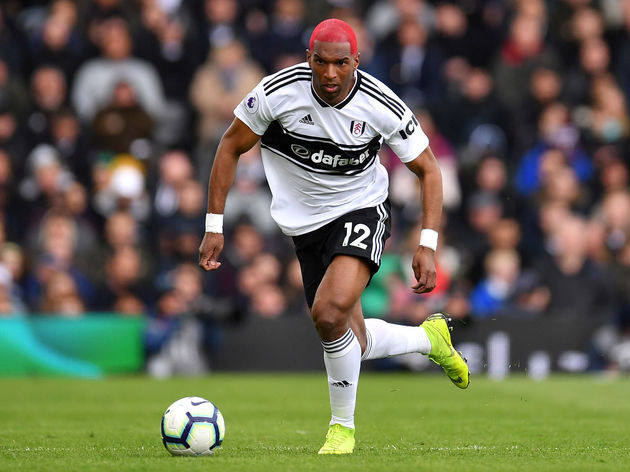 I can think of few people for whom Fulham’s relegation was more career-advancing than Ryan Babel. The ageless Dutchman came in January from Besiktas, collected five goals and four assists in 15 Premier League games, and now looks set to return to Turkey, this time with the likely Super Lig champions.

That’s right, as per the ?Sun, Babel’s stop-off in west London has simply aided him in securing a healthy deal with Turkey’s top club, after his deal with the third-best club ran down. Not bad going. Someone in the Paris Saint-Germain hierarchy has gone down the 2014 World Cup rabbit-hole – we’re talking Pitbull’s ‘We Are One’ and everything – and emerged enamoured with all things James Rodriguez.

That’s the only explanation for the Parisians’ purported citing of ?James as the best possible replacement for Neymar, should the Brazilian up sticks for Real Madrid this summer, as per ?Sportbild. That, or James’ representatives really want him to get a decent contract wherever he ends up this summer. Let’s just take a moment to thank Burnley, who’ve been taking on dross has-been English talent since, well, they decided to pump out £4m for Joe Hart and brought Peter Crouch back to the big time. They’re the Premier League’s true Good Samaritans, and we’re truly grateful.

According to the ?Daily Mail, the Clarets are set for another summer of sacrifice with the free agent signing of Chelsea’s spurned centre back Gary Cahill, in the face of considerable competition from ‘other’ so-called ‘Premier League’ sides. Sure, Gaz. Sure. ?Bayern Munich have entered into the hotly-contested fray for Fiorentina wizkid Federico Chiesa, readying a €60m offer for the Genoan winger ahead of the retirements of both Franck Ribery and Arjen Robben *pours out drink*.

The problem is, whereas all roads used to lead to Rome, it now appears this has been amended to Turin, thus is the draw of the eight-time successive Scudetto winners. Yes, according to ?Alfredo Pedulla, despite the smiling headshots of both Bayern and Inter, Chiesa remains on course for a date with Juventus.

La Viola would ideally like a fee in the region of €80m to €90m, especially from those less desirable teams in Bavaria and Milan, though the Old Lady are hopeful of using their considerable experience to haggle this down to a more appealing fee. Let’s be real, no one outside of Brazil has seen anything but YouTube highlight reels of Antony, but we’ll call him a starlet anyway, because Sao Paulo have slapped a £21m bounty on his head, and that’s how it works.

The ‘highly influential’ (but still scoreless for the senior team) 19-year-old has a €50m release clause in his contract, but SPFC’s financial problems mean two-fifths of that would go a long way. According to ?Yahoo, this has pricked up the ears of Arsenal’s scouts, who are seeking replacements for one-time starlet Danny Welbeck and outgoing starlet Aaron Ramsey.

However, with both Ajax and Lyon similarly quick on the Antony uptake, it will be no easy fight, and straying from the traditional Premier League model of not stumping up for youngsters until they’re a bit more established and triple the price would be a bit risqué for the ?Gunners.