?Sadio Mane has played down rumours linking him with a move to Real Madrid, insisting he is happy at Liverpool, who have proven they are more than capable of competing with the best in Europe. It’s no surprise that the Senegal international is attracting attention in the transfer market, having scored 22 Premier League goals during the 2018/19 campaign, winning the Golden Boot jointly with ?Mohamed Salah and ?Pierre Emerick-Aubameyang.

Speaking to ?The Times, Mane stated: “Always this is part of football, so we have to deal with it, but for me the most important thing is Liverpool and I’m happy here.

“It’s always a pleasure that this kind of team wants [you] but don’t forget Liverpool. They beat big teams.

“I’m preparing for one of the biggest games for the club and the fans and the players as well, so let’s focus on this one and win it first.” Having narrowly missed out on their first league title since 1990, as well as suffering defeat to ?Real in last year’s Champions League final, there will be an added incentive for LFC to claim victory this time round.

“We want to win the league and the Champions League,” he said. “We didn’t win the league but we still have one trophy to play for, so we are going to try to give everything to win it.

“We would love to win it [the league] but we have to take it as a positive. It will give us more motivation and even the fans as well.” He addressed the Reds’ unexpected rise to become one of the world’s best by saying: “At the same time I think it’s a positive because many people, even you [the media], didn’t expect us to play this final.

“We did it [and] I think we learned a lot from this and now we can use our experience this season to get what we want.”

This final will also provide Mane with the opportunity to make history on a personal note, as he aims to become only the second Liverpool player to score in two Champions League finals, and the first to do it in successive years.

In an attempt to make this happen, he and the rest of Jurgen Klopp’s squad have attended a six-day training camp in Marbella. 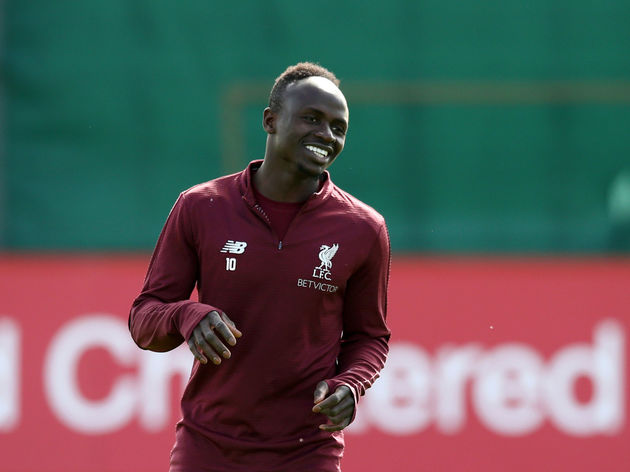 ?Mane added: “It refreshed everyone…We would have loved to have kept going straight but that is not the case and we understand how this goes in football with different competitions at the same time.”

Nonetheless, he certainly believes ?Liverpool can become European champions: “We’ll see what’s going to happen, but I’m sure will give everything to get what we want.”