?It’s safe to say it hasn’t been the best of seasons for Real Madrid.

Scratch that, it’s been awful.

The club are set for a big overhaul this summer and are keen to move on many of their high profile loanees to raise transfer funds. With a big off-season ahead, we’ve analysed Real’s loan players to see who may or may not make the cut. The young Ukrainian keeper spent the season at Leganes but made just five La Liga appearances and was stuck firmly behind Pichu Cueller in the pecking order.

Lunin is just 20 and is a promising keeper, so he won’t be sold yet. Members of the ?Real board are reportedly keen on bringing him back to serve as the club’s number two next season, but Zinedine Zidane is thought to prefer his son Luca and another loan looks more likely at the moment. De Tomas certainly won’t be back at Rayo next season, and it’s believed he will join up with his parent club this summer and try to prove his worth to Zidane. However, that may be difficult, with Real strongly linked with Frankfurt’s Luka Jovic. Like many of Real’s loanees, De Tomas will probably be sold if the right bid comes in, with Mayoral endured a disappointing season in front of goal for Levante, scoring just three times in 29 league appearances. However, the striker’s work rate and game intelligence proved valuable for the La Liga strugglers, and he put in some decent performances.

The Spain Under-21 international spent last season as Karim Benzema’s backup, but it’s highly unlikely he will play for Real in 2019/20 and Zidane will no doubt look to ship him out to generate funds for much needed reinforcements. Real Sociedad are apparently keen on a move. The young Norwegian has finally got his career back on track following his much-hyped but failed move to the Spanish capital. Odegaard spent the season at Dutch side Vitesse Arnhem, famed home of ?Chelsea loanees, and scored eight goals in 31 Eredivisie games as Vitesse finished a respectable fifth.

That form won’t be enough to see him playing at Madrid next season, but it has apparently caught the eye of Dutch champions ?Ajax. The Champions League semi-finalists are thought to be keen on a permanent move, though Real may send Odegaard out on loan again. He’s somehow still just 20, so the former wonderkid still has time on his side. Hakimi started well at ?Dortmund, impressing as an attacking outlet in both the right and left full-back positions. However, he gradually lost his place to the more experienced Lukasz Piszczek, and was even benched in favour of winger Marius Wolf at times before a metatarsal injury ended his season in April.

The Moroccan has said he would be keen to return and play under Zidane, but it looks like he will spend next season at Dortmund having signed a two-year loan deal last summer. With Real adding ?Eder Militao to their right-back options alongside Dani Carvajal and Alvaro Odriozola, it seems the club don’t see Hakimi’s long term future in Madrid. Hernandez has done better at Real Sociedad than he did at during his one dismal season at his parent club, but the left-back continues to underwhelm. He’s still just 21 and has plenty of potential, but needs to add consistency to his game.

However, he probably won’t have the chance to realise that potential at Real. Zidane is believed to be keen on bringing in Lyon’s ?Ferland Mendy to compete with Marcelo, and Hernandez will be sold to raise funds. Hernandez has been linked with a move to Serie A runners-up Napoli. Kovacic has had a mixed season at Chelsea. The Croat started the season as first choice, though gradually faced more competition first from Ross Barkley and then Ruben Loftus-Cheek.

?keen to keep him around 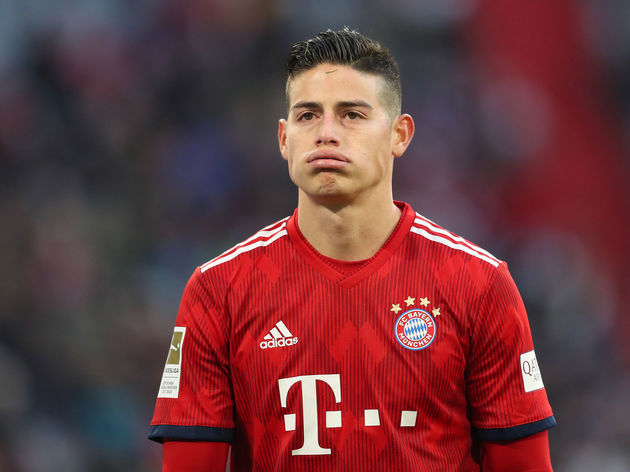 Rodriguez’s season at Bayern encapsulates his career since joining Madrid. The talent is there for all to see, with plenty of flashes of brilliance and moments of true inspiration. However, the Colombian simply hasn’t been able to truly impose himself on the team and has once again failed to convince his manager, this time Niko Kovac.

Injuries haven’t helped, but it’s been another season of frustration for Rodriguez and it looks like Bayern won’t take up their option to sign him permanently. Zidane never favoured him anyway and he will be flogged to the highest bidder, with Juventus and ?Premier League clubs supposedly keen.