?Mauricio Pochettino has revealed he turned down the chance to join Real Madrid in May last year out of respect for the five-year-contract he had just signed at Tottenham.

The Argentine was the leading candidate to take over from Zinedine Zidane after the Frenchman’s resignation following Real’s third consecutive Champions League final win, but instead opted to honour his contract. 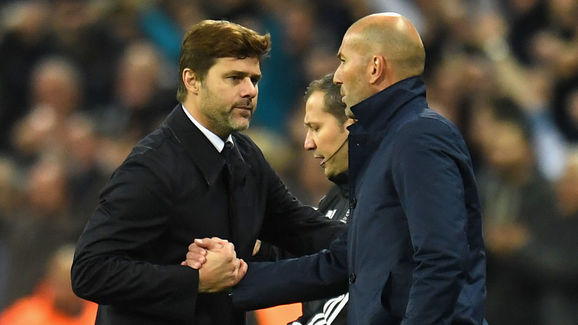 Having suggested he could quit the club if they lift the ?Champions League this season, Pochettino spoke to Spanish publication El Pais about last season when he was offered to take charge at ?Madrid. The 47-year-old admitted he was conflicted by the situation, but confessed he couldn’t ‘violate’ his contract in favour of the ‘dream’ move.

“The situation was difficult. The dream of every coach was at stake: to lead the biggest team that exists. And you must say no. That is momentous. It creates a conflict. Because you know that if a coach wants to leave, he leaves,” Pochettino said, via the ?Evening Standard.

“But I had just signed a renewal with Tottenham. And I felt that I could not do anything. Daniel Levy did not accept the offers to free me and if they ask me to break the contract I cannot accept it because I cannot behave like that.

He added: “Would I like to be a City or a Liverpool? To some extent yes and to some extent no. I prefer to fight for something that can be historical, unique.”