?When the news surfaced that former Real Madrid keeper Iker Casillas had collapsed at training with a heart attack on Wednesday, it served as an untimely reminder that life can be short – even for those among us who once seemed immortal.

One of the most revered figures in Spanish football, the 37-year-old – still playing regularly for Portuguese title chasers Porto to that point – required immediate medical attention after going down during a routine training session.

News that heart issues were at the root of the incident soon surfaced, but precious little information came to light outside of the initial burst. We knew he’d been rushed to hospital, and remained closely monitored, but that was about it.

Fortunately, he has been released as of Monday. The scare was no more than that; an ‘acute myocardial infraction’ that, thanks to the swift actions of the Porto medical team, was handled before it got too serious.

“The most important thing is to be here,” the 2010 World Cup winner told the ?BBC upon his release.

Iker Casillas has been discharged from hospital ?

Everyone at BT Sport wishes him all the best with his recovery. pic.twitter.com/QpJBeOPh6X

“Thank you to all who cared, for I felt very dear and cherished. I can only get out of this situation with a smile.

“I do not know what the future will be, but the most important thing is to be here, to be able to speak and transmit to everyone how I am and how I feel.”

He also said that he would take a break from football for ‘a couple of weeks or a couple of months’, and while you wouldn’t dream of judging anyone for stepping away from work in these circumstances, the break feels particularly well-earned in the case of Casillas. His career to date has been legendary, and if this was to spell the end of it, then he can step aside with no regrets and nothing left to prove.

In a career that spanned three decades, San Iker broke records from day one. His appearance from the start in ?Real’s ?Champions League fixture with Olympiakos in September 1999, just three days after his professional debut, made him the youngest stopper ever to feature in the competition. At 18 years and 177 days, that record would stand for 18 years, until Benfica’s Mile Svilar made his bow in 2017.

Catapulting himself further into the spotlight, he would become the youngest ever keeper to play in a final that same season, eventually lifting it as his first honour as a senior player.

He battled for the number one spot with Cesar Sanchez over the next couple of years, but with his reputation as a generational talent growing in prominence, there was only going to be one winner in the long-run. After coming on for his injured contemporary and producing a match-winning performance in the 2002 Champions League final against Bayer Leverkusen, he maintained the gloves throughout the first Galacticos era.

While a solid goalkeeper all-round, his unparalleled shot-stopping ability and lightning-quick reflexes – cat-like at his best – earned him many flattering glances. Following his establishment as Real’s first choice, he would become Spain’s regular starter at the 2002 World Cup, and for the rest of the goalkeepers in the world, that would be that.

The 2000s would become his decade. He would help Real to four La Liga titles, two Champions Leagues and a UEFA Super Cup, and then as part of the Spain team who won an unprecedented three consecutive major trophies, he saw it out with winners medals from the 2008 European Championships and the 2010 World Cup. One of the most successful players in the history of club and country, and with a new ‘lifetime’ contract at Real Madrid to boot, he was named as Real captain after Raul’s departure in 2010, and continued his success into Jose Mourinho’s tenure, playing his 600th match for the club, before a fall-out with the Portuguese saw him lose his spot as first choice.

For the first time in over ten years, his standing was in doubt, but despite falling out of favour, he persevered and was able to outlast the manager. It would take him some time to fully recover, dipping in and out of the team, and coincidental injury issues didn’t help, but he captained his side to the 2014 Champions League, and remained as first choice until he left for Porto in 2015.

Though his exit was controversial – with chairman Florentino Perez reported to have forced him out of the club – he remains a legendary figure in Spain, and now well into his 30s with a Portuguese league title in his back pocket, he has shown to this day that he still has it. 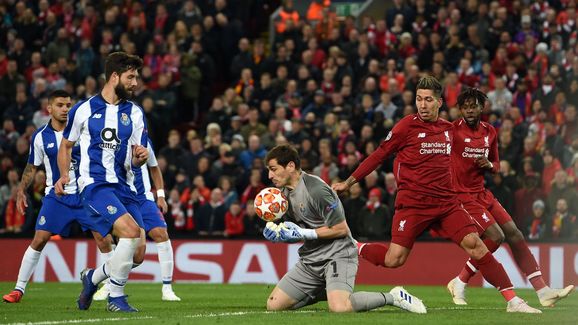 The guy deserves his break, and no matter what happens from here, he will forever be remembered as one of the greatest ever keepers to grace the game. But you just get the sense that he isn’t done yet.