?Paul Pogba has told teammates of a desire to leave Manchester United, with the club preparing to sell the World Cup winning star this summer, L’Equipe has sensationally reported.

The 26-year-old has had a year of incredible highs and lows. Following his World Cup triumph with France in Russia last summer, Pogba was brought back down to earth at United and fell out with former manager Jose Mourinho as the Red Devils’ season stuttered.

Following Mourinho’s departure in December and the appointment of Ole Gunnar Solskjaer, Pogba seemed to rekindle some of his best form as ?United went on an 11-game unbeaten run. However, another dip in form, culminating in last weekend’s humiliating 4-0 defeat to Everton, has led to renewed criticism of the team and his own effort levels.

According to Wednesday’s L’Equipe, as relayed by ?Get French Football News (GFFN) in advance of publication, ?Pogba is keen to engineer a move this summer.

The GFFN report claims that Pogba ‘has told certain teammates that he desires to go elsewhere’ while United have not made plans to renew his current contract, which expires in summer of 2021 (albeit with an option to extend for a further year).

The Manchester United board will not block the departure of Paul Pogba if Real Madrid come with an offer, according to tomorrow’s L’Équipe.

More sensationally, the report adds that the Red Devils ‘will not block him if an offer from ?Real [Madrid] comes in’ and would prefer to sell this summer rather than next year.

The report, whether from L’Equipe’s original or GFFN’s dissemination, gives weight to the fact that Pogba will have only one year remaining on his contract next summer, but fails

Nonetheless, it is suggested that Real Madrid and Paris Saint-Germain are the only feasible suitors for the former ?Juventus star, who has missed the boat to join Barcelona, following the signing of Frenkie de Jong. His former employers in Turin are also dismissed as ‘not on the agenda’. 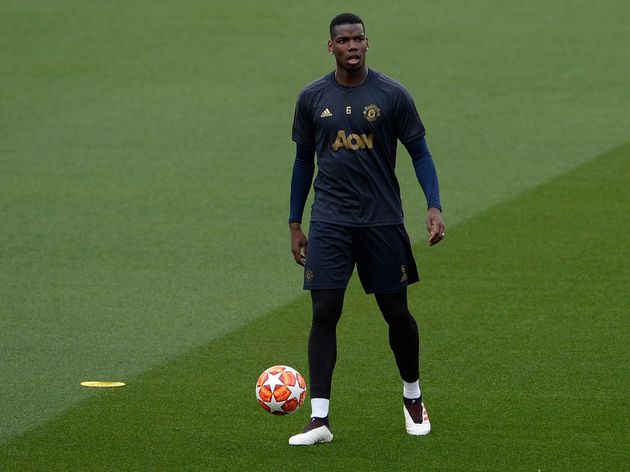 Aside from a high transfer fee, wages remain a concern for would-be suitors. PSG may be hamstrung by Financial Fair Play this summer, while a report earlier this week suggested Real Madrid would be ?reluctant to shell out big wages for Pogba at the risk of upsetting current stars.

While Pogba slammed United’s 4-0 loss to Everton as ‘disrespectful’ to the club, the midfielder has done little to divert speculation from his future in recent times, calling ?Real Madrid ‘a dream for anyone’ during the last international break.