?Real Madrid head coach Zinedine Zidane has revealed that Gareth Bale’s future at the Bernabeu will be decided at the end of the season.

The Welshman has endured a difficult season in the Spanish capital and fell out of favour under previous boss Santiago Solari, whilst his relationship with Zidane during the Frenchman’s previous spell in charge was widely reported to have been strained.

It was suggested that the pair had disagreements over playing style, though Zidane restored ?Bale to ?Madrid’s starting XI for his first game back in charge against Celta Vigo and, as quoted by ?Sky Sports, the former midfielder said of Bale: “Gareth is an important member of the squad.

“We know what he has done here, even in Champions League finals. Nobody can take away what he has done. We know he can bring a lot to the team, and we will count on him.

“We are going to play these 10 games [the last 10 of the season], and then we will see. That does not mean that, afterwards, there will be changes.” 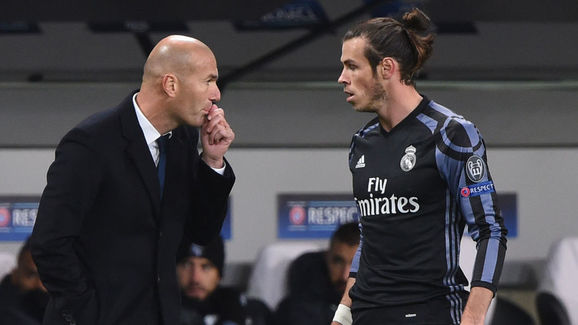 Fellow Frenchman Raphael Varane has also seen his future with Los Blancos called into question recently amid reports that he was considering leaving the Spanish capital, with ?Manchester United said to be keen admirers of the centre back.

However, Zidane said of Varane: “There is always a lot of talk here, and people can write whatever they want.