Los Blancos had reached the stars at the end of last season as they claimed their 13th European crown, but perhaps the most difficult task in football is to improve a side that is already at the top of the game.

Cracks began to show last season as Zinedine Zidane’s side slipped to a third-place finish in La Liga, 17 points adrift of champions ?Barcelona and three behind local rivals ?Atletico Madrid.

In that sense, the Champions League success was heroic compensation for an ageing side for which the wheels were already coming off. The exits of both Zinedine Zidane and ?Cristiano Ronaldo suggested that the two club greats were aware that times were set to change.

This season has not been dissimilar for Los Blancos under the fractured management setup with Santiago Solari now at the helm. ?Madrid are once again third in La Liga, well adrift of leaders Barcelona and comfortably short of Atletico Madrid’s consistency once more.

Following their recent 4-1 humbling at home to Ajax, though, there will be no Champions League triumph to paper over the cracks this term.

Madrid’s capitulation in the competition which has been their saving grace in recent years suggested that not only had a greatly successful team’s cycle come to an end, but also that perhaps their three-year reign as European champions somewhat flattered them.

The likes of ?Toni Kroos, ?Luka Modric, ?Karim Benzema and even ?Gareth Bale are highly decorated champions with legendary status’ now cemented at the club, but the defeat to Ajax proved that they were some way short of the physical and competitive levels required. At best, those such players seemed to be going through the motions and were exploited by a bright and vibrant Ajax side, as

Even in previous years under Zidane, there was often a sense that the European champions were more a collection of superstar individuals than a genuine collective, and that has largely been behind Madrid’s shortcomings over the long-haul of recent La Liga campaigns.

Individual quality was often over-depended on during numerous years of what may be referred to as the ‘Ronaldo era’ at the Bernabeu.

With those star names afforded the comforts of previous successes and Ronaldo now departed, Madrid’s weaknesses as a team have been exploited, most emblematically by a highly-charged team of Ajax’s rising stars.

However, there are positives to be taken from Madrid’s current situation and there is much to suggest that the club are in a fine position to rebuild, regenerate and go again as a premium force of European once again next season.

One of the main positives of this season under the guidance of Santi Solari has been the promotion of young talent in the first team. Solari’s reign at the Bernabeu will certainly not go down as a success, but perhaps his greatest legacy will be having blooded the likes of Vinicius Junior and Sergio Reguilon as regulars in the Madrid setup, putting them on course for stardom at the Bernabeu.

It has often been a bold measure from the former Madrid winger, uprooting Marcelo from his previously unchallenged role as first choice left back in favour of the previously untried Reguilon, whilst Vinicius has been favoured over the likes of ?Isco, ?Marco Asensio and Bale.

Unsurprisingly, at a time in which Madrid’s more established stars are failing to deliver, such young players have often been the brightest points in Los Blancos’ performances under Solari.

Meanwhile, the likes of Asensio and January signing Brahim Diaz provide further stardust in what is a bright crop of promising young talent, the likes of which has not been seen for many years at the Bernabeu in yet another era of galacticos.

The rising stars of Madrid’s ranks may not yet be of the same pedigree as the superstar names that the club have become accustomed to signing in recent years, but they do possess the kind of youthful energy and desire which Madrid have sorely lacked recently.

Continuing the turnover of the squad and giving chances to the next generation is a crucial part of Madrid’s next step, whilst the club are always guaranteed to have vast sums at their disposal to plug the gaps and sprinkle extra stardust from the transfer market. Another necessity for the club is finding a coach capable of leading the club into a new era with a refreshed identity and vision with which to move forward.

Any top club needs a clear identity and tactical vision in order to succeed over the full course of a season, particularly to live up to the standards set by a club of Madrid’s stature.

Rumours have gathered pace recently that the club are looking to bring back Jose Mourinho to take the reins at the Bernabeu once more, and the Portuguese’s strict management style could be exactly what is needed to reboot an underperforming side.

December: José Mourinho says Man Utd need “a miracle” to finish in the top four of the Premier League.

Things may have gone wrong in Mourinho’s final campaign at ?Manchester United, but the two-time Champions League winner would be capable of instilling the kind of regimented tactical approach and clear philosophy which has been sorely missing from the club recently.

The arrival of Mourinho is the kind of appointment which can galvanise a club, and that kind of boost is exactly what Los Blancos require after the disappointments of this season.

Overall, the appointment of a new star manager and the continued development of a promising crop of young stars are the vital next steps which Real Madrid must take in order to revitalise the club and return the team among the top sides in Europe. 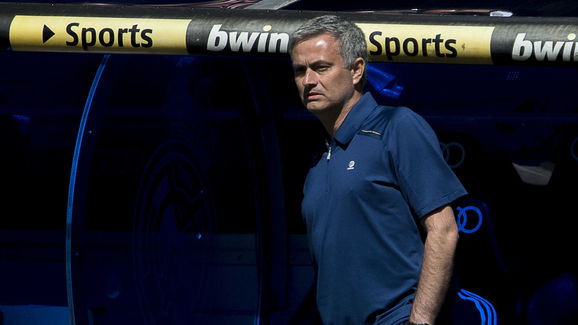 A successful transition through those next steps could see Los Blancos put the negatives behind them emphatically and go again as one of Europe’s greatest forces next season.