?Given the abundance of talent at the Bernabeu, it is unsurprising that 14 Real Madrid players received call-ups for their countries over the international break. Most received considerable game time for their nations, though some will have been left frustrated by a lack of minutes on the pitch.

Here’s a roundup of how Real’s internationals got on over the past week. Los Blancos’ captain was pivotal for the 2010 world champions, starting in central defence for their European qualifiers against Norway and Malta. A delightful panenka penalty proved decisive in a 2-1 victory over the former, Ramos then helping his side keep a clean sheet against the Maltese three days later.

Likewise, Marco Asensio began both matches for Spain, but failed to get on the scoresheet in either. He looked dangerous against the Lions and went close with a couple of efforts, though the youngster struggled to make an impact in Valletta in the second game.

Dani Ceballos was selected in the midfield against Norway, but was relatively quiet in a testing encounter; with a second half booking his only noteworthy involvement. He was then an unused substitute in the following fixture, watching on as an Alvaro Morata brace secured a 2-0 win. Reguilón found himself on the bench for the next game, an excellent 3-0 triumph over Austria. His counterpart once again began in the heart of Spain’s defence, dominating the opposing forwards before coming off for the final 15 minutes. The former Chelsea goalkeeper played every minute for the Red Devils as they recorded two wins at the start of their Euro 2020 qualifying campaign. He had a nightmare in the first – a 3-1 defeat of Russia – as his blunder allowed the visitors to draw level, a double from Eden Hazard ultimately sparing his blushes.

There were no such errors in Cyprus later in the week, Belgium comfortably seeing off Cyprus. Thibaut Courtois was largely a bystander, having little to do in the way of saves during a 2-0 victory over the minnows. Casemiro nor Eder Militao made a telling contribution in that frustrating match-up.

The latter was benched for the subsequent game against Czech Republic, though his Madrid teammate impressed with a dominant showing in midfield. Federico Valverde was not involved in his nation’s 3-0 China Cup semi-final win over Uzbekistan, but full 90 minutes in the final as Uruguay dismissed Thailand 4-0.

He made his ninth international appearance as he 20-year-old looking confident in his midfield role. 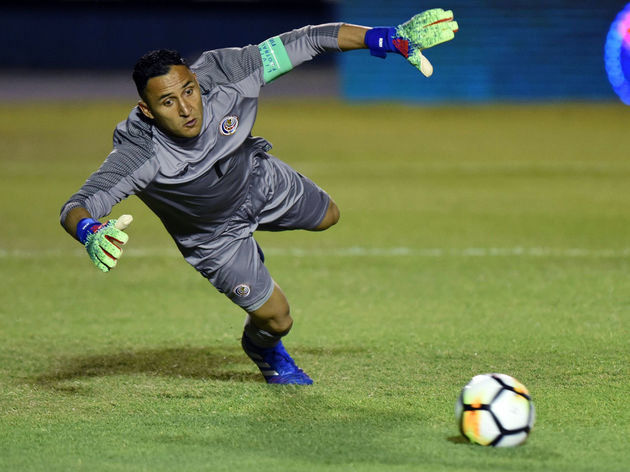 The goalkeeper was once again given the captaincy for this set of internationals. However, he had a mixed time for his country, who stumbled to defeat in their away game in Guatemala, Keylor Navas unable to keep out Stefano Cincotta’s long-range effort for the hosts.

He fared far better in the following fixture, preventing Jamaica from scoring as Costa Rica secured a 1-0 triumph.

Zinedine Zidane’s men are back in action on Sunday 31 March when Huesca visit the Bernabeu.