?Raphael Varane, it seems, is considering heading for the exit door at Real Madrid in the summer, as the Galacticos brace for a turbulent period of transition in the months to come.

Zinedine Zidane’s return to the managerial hotseat following the sacking of Santiago Solari restored some much-needed positivity after a difficult season, but the club remains in a state of self-inflicted crisis after crashing out of the Champions League against Ajax at the Bernabeu earlier this month. 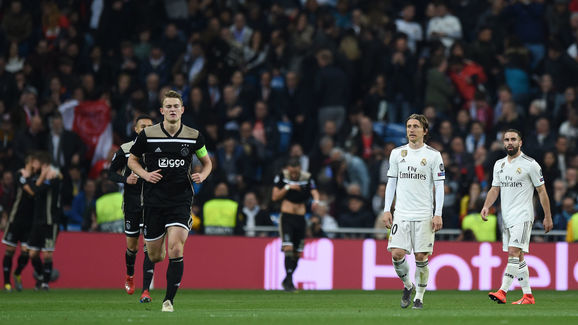 As a result, a number of players are expected to be on their way out, but few would have expected World Cup winner Raphael Varane to be among them.

Reports in France, however, say that may just be the case, with ?L’Equipe citing a desire to ‘challenge himself’ as the reason behind some second thoughts over his future in Madrid

Raphaël Varane is currently considering his future at Real Madrid & has a desire “to challenge himself again,” according to L’Équipe. More follows.

It comes as a particular surprise given how close the 25-year-old reportedly is to his compatriot Zidane, but perhaps it is testament to just how unsettled he is that he could be seeking an exit despite Zizou’s renewed presence at ?Real.

Assuming the rumblings are true, one club likely to be alerted is ?Manchester United, who are heavily rumoured to be looking for a quality addition to their defence in the summer.

They were linked with Varane ?as recently as last month, and should he become available, it would be difficult to see a better option on the market given how impressive he has been in recent seasons. He has made 268 appearances for the La Liga side, and has four Champions League medals to his name, having featured in the famous three successive victories between 2016-18.