?Real Madrid winger Lucas Vasquez is set to be available for Real Madrid’s match against Huesca having recovered from a muscular injury quicker than was previously expected.

Vasquez suffered the knock in Los Blancos’ humbling 4-1 defeat to Ajax in the last 16 of the Champions League on 5 March but returned to full training this week. 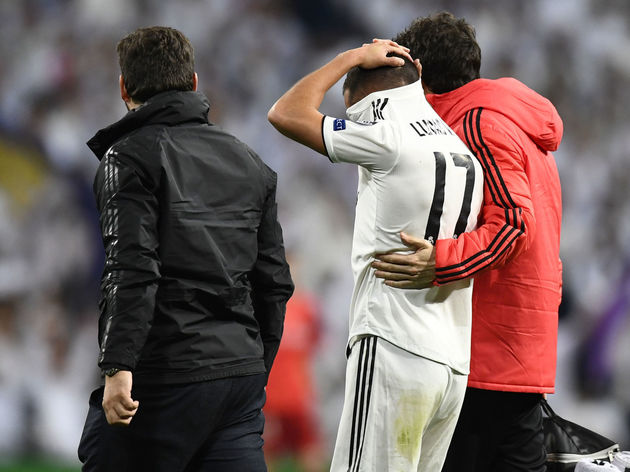 Vasquez’s injury meant he was absent from the first ?Real Madrid team that Zinedine Zidane took charge of since returning as manager following the sacking of Santiago Solari.

Vasquez’s return will be good news for Zidane as he currently has 13 players away on international duty.

Per ?Marca, full back Dani Carvajal has also returned to first-team training after sustaining an injury against Ajax, though his is more serious than Vasquez’s, meaning he will not feature against Huesca next weekend. Real Madrid have performed well below their usual high standards this season, dismissing both Julen Lopetegui and Solari before eventually reappointing the man who left the club at the end of last season after guiding them to three straight Champions League titles.

Having been humbled by Ajax and spent the entirety of the domestic campaign looking up at the scintillating form of ?Barcelona, it is imperative that Zidane restores some pride into a group of players who looked lost under Lopetegui and Solari.

Zidane will be hoping to claim all three points against Huesca, as a win could see Los Merengues leapfrog city rivals ?Atletico Madrid into second place in ?La Liga.