?The prolonged saga linking Eden Hazard with a move to Real Madrid in the summer has another chapter, after the Belgian spoke about his admiration for Los Blancos’ boss Zinedine Zidane, admitting the Frenchman is the reason he started playing football.

Hazard is out of contract next summer, and speculation linking him with a move to the Spanish capital has been rife throughout the season so far, particularly following Chelsea’s recent dip in form and Real’s change in management. 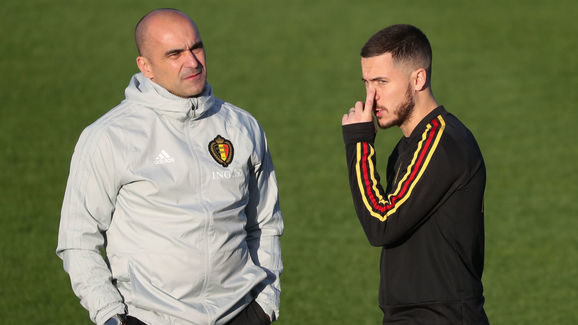 Although the player has kept his cards close to his chest over a potential move, frequently ?reiterating a desire to focus on his immediate future in London, he admitted to his admiration for the returning ?Real boss in a recent interview with Belgian broadcaster AS

Currently on international duty, when asked who he’d prefer to work with out of Zidane and Belgium boss Roberto Martinez, he said: Back in February, the ?Chelsea forward told journalists that ?he had already made a decision on his future, while a ?report last week claimed Real Madrid will open the bidding this summer at £70m.

Despite their disappointing season, Chelsea remain in contention for Champions League qualification and have their sights set on Europa League glory. Off the pitch however, it has been a difficult year so far, with the club slapped with a ?two-window transfer ban.