At the same time, however, the Antoine Griezmann saga is threatening to begin again after claims the French star regrets his decision to snub Barça last year and could yet wind up making the big money switch from Atletico Madrid to Camp Nou after all.

Chances are, Barça would only sign one rather than both, but which might be the better deal?

He is already playing in La Liga and is well used to Spanish football after making his debut for Real Sociedad back in 2009. He also knows what it is like at the highest level in Europe after reaching the 2016 Champions League final and winning the Europa League in 2018. On the international stage, Griezmann was France’s star man en-route to the final of Euro 2016, while he went one better last year by winning the World Cup. He has also twice finished third in the Ballon d’Or standings, in 2016 and 2018, affirming his place as one of the best in the world.

Even the price, potentially north of €100m, may not be a deal breaker if Barça find a buyer for the disappointing Philippe Coutinho. That would also free up the club’s number seven shirt for Griezmann to wear at Camp Nou, his preferred jersey.

However, despite the obvious pros, there are several cons for Barça over Griezmann. With Luis Suarez set to turn 33 years of age next season, the time has come to think about a replacement. But having just celebrated his 28th birthday, Griezmann is more short-term than long-term. That being said, Barça actually signed Suarez when he was already halfway to 28.

Perhaps more importantly, last summer’s saga, ending with ‘La Decision’, a quite ridiculous documentary broadcasting Griezmann’s choice to ultimately stay with Atletico was hugely embarrassing for Barça. They must think long and hard about whether they really want to sign a player who publicly humiliated them less than 12 months ago.

Now he’s going back on “The Decision” – despite Atletico’s season panning out similarly to how you’d have expected.

Barcelona smart to stay away IMO.

Then there is the question of a potential clash of personalities. Griezmann carries himself as a superstar, that much is clear from ‘La Decision’ and the newly released ‘Antoine Griezmann: The Making of a Legend’ on Netflix. But it spells danger if Lionel Messi doesn’t approve of the circus that would accompany his arrival. The Argentine is the king of Barcelona and there isn’t room for another – as Zlatan Ibrahimovic and Neymar have both found out in the past.

Jovic, of course, hasn’t previously flirted with and embarrassed Barça either. 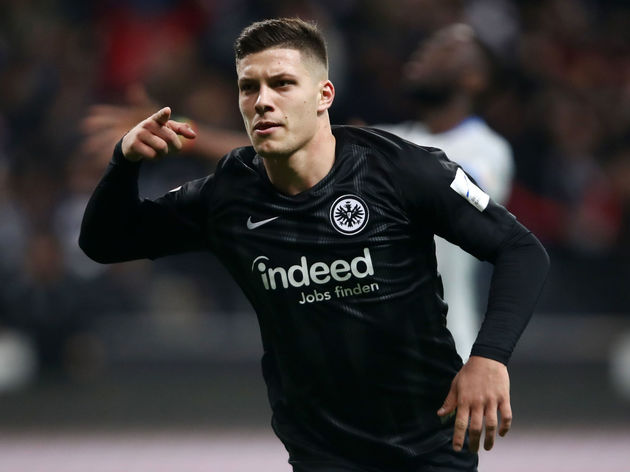 For Jovic that ‘if’ is the important thing to consider.

Where Griezmann is proven in Spain and in Europe, Jovic simply isn’t.

The young Serb has enjoyed a fantastic breakout season with Eintracht Frankfurt, scoring 22 goals in all competitions. His form has helped Frankfurt play their way into contention to qualify for the Champions League for the first time since playing in the iconic 1960 European Cup final, while Robert Lewandowski is the only player to have scored more in the Bundesliga this season. But Jovic is still only just starting out. Having initially made his senior bow for Red Star Belgrade as a 16-year-old back in 2014, this season in Germany is only his second in one of Europe’s top five leagues. It is perhaps also worth noting that he played just four first team games at Benfica, with the Portuguese giants agreeing a permanent option with Frankfurt, set to be activated this summer, worth €7m. They can’t have thought too highly to allow him to be sold so cheaply.

Barça must be sure Jovic can replicate his form next season and continue to develop, rather than fade away as a one-season wonder or flash in the pan. Ukrainian defender Dmytro Chygrynskiy famously proved to be a flop in 2009, for example, while Paco Alcacer, someone who had at least already played in Spain, also wasn’t up to the required standard.

In the short-term, Barça might experience a more immediate impact were they to sign Griezmann, but that is all it would be.

But it is also not without risks and, given the money involved, they would probably be better off backing the judgement that has made Jovic their reported number one target in the first place and keeping at least one eye fixed firmly on the long-term future.