Portugal’s 3-3 draw with Spain is undoubtedly the front runner for match of the tournament so far, due in no small part to Portugal’s Cristiano Ronaldo.

His dominant performance came as a reminder of just how talented Ronaldo is, and 90min readers voted in their thousands to crown Cristiano Ronaldo as their man of the match. Ronaldo received around 16,000 votes, leaving a huge gap between himself and the rest of the players, which sums up Ronaldo’s performance in the game. Ronaldo put on a clinical performance, scoring three of his four shots, including a stunning free kick which even David De Gea could do nothing about. He terrorised Spain’s defence for the entire game, proving why he is the current reigning Ballon d’Or winner.

The ?Real Madrid man was a threat from start to finish, opening the scoring in the fourth minute of the match and ending it in the 88th, highlighting just how complete Ronaldo’s performance was.

Early in the game, Ronaldo was brought down in the penalty area by Nacho. After successfully converting the penalty, Portugal could sit back and focus on subduing Spain’s tika-taka style. Spain created many chances, with Real Madrid’s Isco excelling throughout the game, but Ronaldo’s ability to lead counter attacks meant that they were always in with a chance to win this match. Long balls from Portugal’s defence and midfield were frequently directed towards talisman Ronaldo, who constantly managed to control the ball with any part of his body. A series of neat flicks and subtle passes allowed his teammates to join his attack, completing 36 passes throughout.

His hat-trick was the 51st to be scored in ?World Cup history, and coincidentally it was also the 51st of Ronaldo’s professional career. He became only the fourth player to score at four different World Cup tournaments. 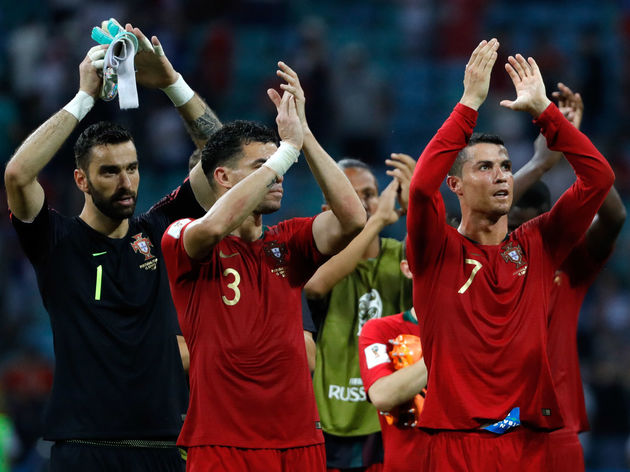 Ronaldo’s talents were on show throughout the match, and Spain found themselves unable to cope with him. Portugal will meet Morocco before closing out their group stage against Iran, and Ronaldo will be looking to add to his three goals in the tournament.