Villarreal have already secured a spot in the Europa League group stages for next season, and Real Madrid have predictably finished within the Champions League places. The motivation for both clubs, therefore, will be merely to secure the highest possible league position that they can. A win for Real Madrid opens the possibility of a second place finish if ?Atletico Madrid fail to overcome ninth-placed Eibar on the same day; while Villarreal will be looking to consolidate a fifth-placed finish.

The Champions League final against ?Liverpool is on the horizon, but Real Madrid will be eager to put in one final display against a Villarreal in order to build momentum for the big game on 26th of May.

Here is everything you need to know ahead of the final day in La Liga: The last time these two sides faced each other was back in January of this year, and Villarreal came out surprise winners against Los Blancos with 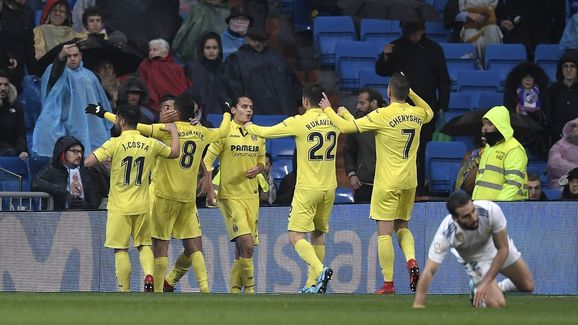 Villarreal looked dangerous on their rare forays into the Real Madrid half. Denis Cheryshev and Carlos Bacca nearly capitalised on Madrid’s hesitant defending, but the breakthrough came midway through the second period.

Cheryshev broke clear down the left hand side and found Enes Ünal in the penalty area. Ünal’s shot was well blocked by an onrushing Keylor Navas but it rebounded into the path of Fornals, who cooly dispatched a first-time chip over the goalkeepers head to settle the game. Villarreal’s steely determination was characterised by Asenjo in goal for the away side, who’s efforts went a long way to sealing the win.

Before the half time interval the Spaniard denied rasping efforts from Marcelo and Ronaldo, but a heroic save late in the second-half to deny Ronaldo’s close-range effort was arguably his best. If Villarreal are to come away with ?last time out against Celta Vigo.

Villarreal’s season has largely been defined by the man in the sticks, ?selection headache ahead of the Champions League final

Villarreal are still without Bruno Soriano, Ramiro Guerra and Rúben Semedo through injury, but the three stars have not made a big impact this season. It is likely that manager Javi Calleja will keep faith with the same back four that he has used all season, with

It is difficult to know what to expect from Real Madrid in this fixture. The possible presence of numerous fringe players in the starting lineup may jeopardise their chances of taking anything from the game, especially with Villarreal in fine form.