Spanish football expert Guillem Balague has suggested that Real Madrid will only make an offer for ?Liverpool hotshot Mohamed Salah if the Reds beat them in the Champions League final and if the player has an impressive World Cup campaign for Egypt.

The speedster has fired Liverpool to this year’s European final but they will be facing a Madrid side who have won the competition two years running and are gunning for a fourth capture in the last five years.

Salah was named Liverpool’s Player of the Season on Thursday night, having already snagged the PFA Players’ Player of the Year Award. And he’s also on course to claim the Golden Boot this season.

“Obviously it’s not Real Madrid unsettling or trying to unsettle a player, it’s the media,” Balague told Sky Sports (via the ?Daily Star). “But it’s clear that if Salah does guide Liverpool to Champions League glory, and does well at the World Cup, then Real Madrid will make the steps to go for him.

“But at this moment in time, right now, he is not a target, and Jurgen Klopp and Salah have made it clear that staying at Anfield will be the best choice for him. Having said that, football changes in an instant.” 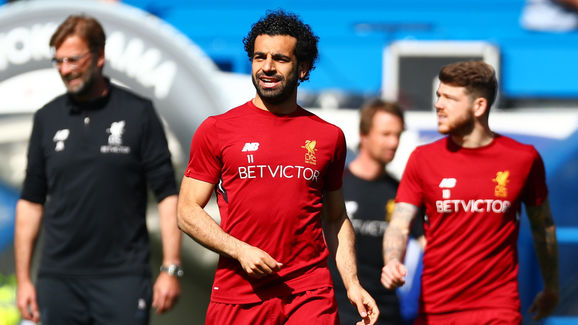 The Egyptian, meanwhile, has declared that he is happy at Liverpool, suggesting he isn’t keen on making a move in the summer.

“Of course I have got ambitions for the future with Liverpool. As you can see we had a great season and now we are in the Champions League final and everyone is excited.