?Speculation during the season had linked Isco, who was disappointing in the Champions League final against Liverpool and replaced by match winner Gareth Bale at the hour mark, with a potentially very lucrative move to the Premier League champions. 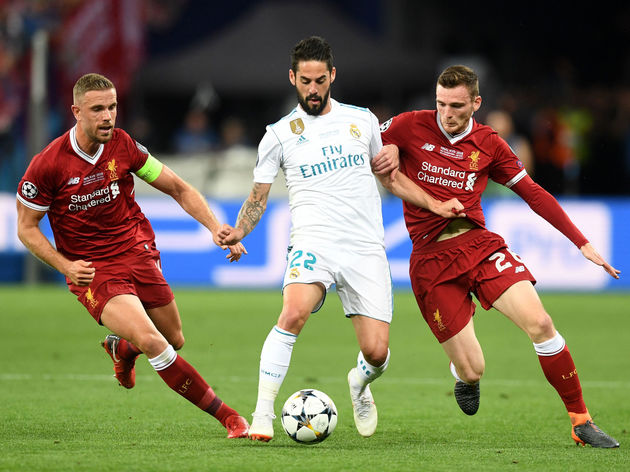 However, speaking at an event this week, Guardiola has denied any such transfer will happen.

“City aren’t going to sign Isco,” he is quoted as saying by Catalan outlet Sport.

The Spanish midfielder, who played 49 times in all competitions for Real in 2017/18 and will surpass 250 appearances next season, was very heavily linked with City once before.

That came in the summer of 2013 after an exceptional season with Malaga in the Champions League saw him emerge as one of Europe’s top talents. Manuel Pellegrini, his coach at Malaga, had been hired by City, but Isco chose Real instead.

With Kevin de Bruyne, David Silva, Raheem Sterling and Leroy Sane all pulling the creative strings in City’s midfield, competition for attacking places is rife. A deeper role is available, however, with the club believed to be making progress in their pursuit of Napoli’s Jorginho.

It has been rumoured that a €50m (£44m) deal has been agreed with the Italian club.