offering free bets for every goal scored by your chosen top scorer this summer, Al Hain-Cole thinks there is money to be made in backing the Dutchman

With the majority of the game’s most dangerous attackers strutting their stuff at the World Cup in Brazil, picking a Golden Boot winner is no easy feat.

However, Paddy Power’s offer of a free £5 bet for every goal scored by any player you back at £20 to finish as top scorer means sticking your neck out could make for an extremely lucrative summer. Simply place a £20 win or £10 each way bet on the market to qualify.

Considering five goals have been enough to lift the Golden Boot at each of the last two tournaments, one prolific group stage match could propel a striker towards glory this time out. 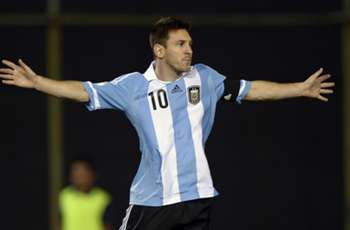 It is therefore no surprise to see Lionel Messi as the current 7/1 (8.00) favourite to finish top of the pile, with Argentina’s Group F opposition of Bosnia and Herzegovina, Iran and Nigeria offering ample opportunity for a rout or two.

Similarly, Gonzalo Higuain 22/1 (23.00) and Sergio Aguero 14/1 (15.00) will also be licking their lips at the prospect of testing out those less than illustrious opposition defences as part of an awe-inspiring frontline.

While Croatia, Mexico and Cameroon may offer slightly more of a test in the group stages, home advantage sees Brazil’s star man Neymar as 11/1 (12.00) second favourite, while Fred is on offer at 22/1 (23.00) after finishing as top scorer at last summer’s Confederations Cup.

Elsewhere, Cristiano Ronaldo is available at 16/1 (17.00) despite Portugal’s relatively tricky group, having struck 11 goals in his last seven internationals. 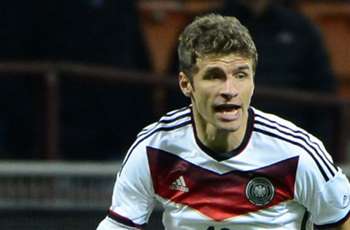 Although he was the top scorer in South American qualification, odds of 22/1 (23.00) are probably worth avoiding on Luis Suarez continuing his prolific form in Brazil considering his recent injury concerns.

Similarly, despite four goals in two games against Luxembourg and Sweden taking his international tally to nine, Romelu Lukaku does not look too appealing at 25/1 (26.00) after scoring just twice in qualifying and bearing in mind Belgium’s inexperience at this level.

Robin Van Persie, on the other hand, appears under valued at 33/1 (34.00) after out-scoring everyone else in European qualification with 11 goals, with the Netherlands’ all-time top scorer surely worth backing at that price in spite of a difficult group.

Alternatively, Karim Benzema and Thomas Muller both present enticing options at those same 33/1 (34.00) odds, as they are expected to lead the attack for two teams expected to go far this summer.

Bet £20 on the World Cup Top Goalscorer market and get a free £5 bet every time that player scores!