Goal looks into the numbers behind the final squad announcements, with the international tournament in Brazil just a week away

The World Cup sees football superstars who play all over the globe gather, but it is the Premier League that hoards the most players while Bayern Munich have sent more to Brazil than any other club.

The English top flight will have 105 of its players lining up in South America this summer – just over 14 per cent of the overall tally.

Five of the top 10 (extended to 11 due to a four-way tie) in our team tally hail from England, with Manchester United’s (14) poor season not seeming to harm their charges’ chances of making the World Cup as they sit second overall. A mixture of Three Lions players and foreign imports help raise Chelsea (12), Arsenal (10), Liverpool (10) and Manchester City (10) up there with the cream of the crop.

Bayern (15) might be the highest club, but the Bundesliga can only reach third in the table of leagues, with the next most populated German squads (Borussia Dortmund, Wolfsburg and Schalke) boasting seven players each at the finals.

Italy’s Serie A is in second place with 24 fewer people than the Premier League. Juventus and Napoli will both have 12 players knocking about in the South American nation, contrasting with just the five Roma are sending out there. 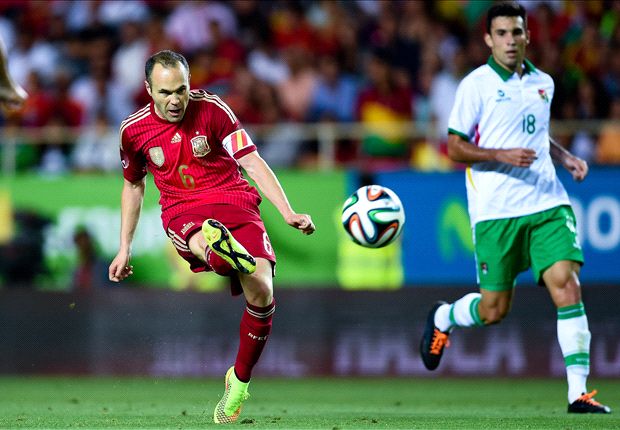 The World Cup, which kicks off on June 12, will have 62 Primera Division stars, with Barcelona (13) and Real Madrid (12) both packing their international ranks while new champions Atletico Madrid (9) have quite the collection themselves.

Those four leagues all benefit from having a team with a lot of homegrown players in their World Cup squads on top of being huge global forces. The relatively small amount of Portuguese and American talent to have remained in their own country seeking success means their biggest leagues are lower down the table, level in ninth.

France are another example of a nation comprised mostly of those who enjoy football away from Ligue 1, but the division still ranks fifth overall and champions Paris Saint-Germain are joint-eighth in the club list.

Russia are the only team at the World Cup to feature players who ply their trade exclusively in one country, which explains their top flight’s high ranking, while Turkey’s Super Lig bags eighth place despite the national team missing out on qualifying.

Mexico have only eight squad members who have flown the North American nest, bolstering Liga MX’s overall total which is mixed with a scattering of other Spanish-language footballers.

Brazil might be hosting the 2014 tournament but it is unfamiliar to an overwhelming majority of the 736 footballers gathered there – only 11 of them play in the Brasileirao.